With access to world news, the compounding tragedies have provoked civic and world leaders to respond to almost every event. Social media platforms allow quick replies or “call outs” to those matters which affect the lives of people beyond their borders. The current and most common statement is “Thoughts and Prayers.” However, the shallowness of the reply has been noted, even by the unbeliever. “Thoughts” declare human concern, but prayer has no attachment. In this anti-god world, rife with secularism, God has no place. The result is the statement itself so that there is neither real thought nor prayer.

Juxtapose the modern church and the book of Acts church. The contrast is staggering. The most common reply among “believers” is an emoji with praying hands. The Christian world has reduced an actual prayer meeting with an emoji! Or worse yet, with thoughts. This was not the pattern of the first century church. When they prayed, they stayed. When there was trouble, they gave their voice, energy, and heart to the matter. The result was a physical manifestation of their location. 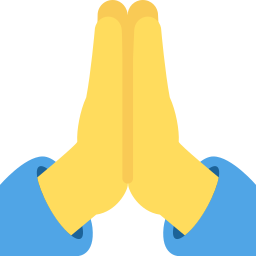 Acts 4:31 And when they had prayed, the place was shaken where they were assembled together; and they were all filled with the Holy Ghost, and they spake the word of God with boldness.

When Peter was supernaturally released from prison, the Bible says that he considered where he might find the church. Peter thought, “what would the saints be doing right now, at midnight?” It came to him that they were obviously at a prayer meeting. Acts 12:12 And when he had considered the thing, he came to the house of Mary the mother of John, whose surname was Mark; where many were gathered together praying.

As you might assume, I am not into “thoughts and prayers.” There is an angst against the trivialization of prayer in my spirit. “Thoughts” mean nothing. They are whimsical in nature, which are meant to express concern, but do nothing for the need. They are humanistic in their most basic form and “prayers” are the same if they come with digital images or stop at the statement.

Jesus commanded us to Mark 16:18 “…lay hands on the sick, and they shall recover.” The baptism of the Holy Ghost came through the same in Acts 8:17, “Then laid they their hands on them, and they received the Holy Ghost.” These were not mere expressions. They were what we need today: Fervent prayer and the evidence that follows.