The honoring of a life given in war was first known as Decoration Day. It originated following the bloody conflict that was America’s Civil War. Americans fought for the freedom of all people and it cost 646,392 souls, the most in American history.

In 1971, the federal government declared it an official holiday, calling it Memorial Day. This commemorated all those who died for the sake of our country in every conflict. From the American Revolution War to the Raid on Yemen, including our ill-timed departure from Afghanistan, our forces have lost almost three million lives.

Today we pause to consider the sacrifices made for our freedom. We hope that this new generation will understand that all liberties and freedoms are bought with the price of blood. Life as we know it did not come cheap. While our current government is trying to dismantle our freedom of speech, the graves, forgotten or remembered, speak to the cost to maintain those rights.

American men and women have not only fought to preserve our own freedom, but countless lives have been given for the peoples of the world. What made America great was not its wealth, ingenuity, inventions, government, or military might. It was our willingness to lay down our lives for the sake of another. This was the conviction of our collective thought and Memorial Day is a small moment to recognize the virtue that brought the world hope.

My prayer is that these graves, where wreaths and flowers are laid, will speak again and remind us to continue the good fight for religious freedom, human rights, godly principles, and moral virtues. The day we forget is the day we lose what cost so much. We honor those who gave all and we pray for God’s keeping in the years to come. 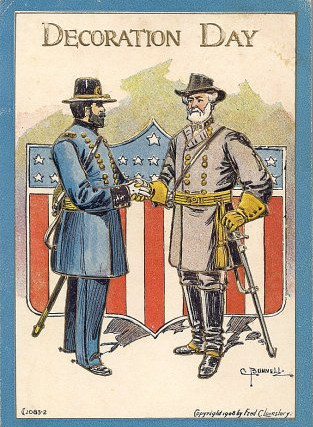