Matthew 26:4 “And consulted that they might take Jesus by subtlety, and kill him.”

In every age there is a resistance to receive the fullness of Jesus Christ. Pieces of Him are palatable, but the whole of Him is distasteful. He offers “hard sayings” and straightforward commands. He tells the rich to sell all; the good-intentioned to leave the dead and follow Him. He offers no room for personal endeavors or self-advancements.

If truth be known, the most combative group against His Lordship is the religious segment. Jesus, in His sovereignty and Word, is a threat to religious people. They sit in church; sing in choirs; teach classes; and sing about Him. Yet, forsaking all does not appeal to them. Jesus, Who talks of His Kingdom, must contend with their kingdom. Jesus, Who prayed for laborers, and sought for the lost in the byways; Who purposely went through Samaria, is rejected by those who profess Him. They don’t see the lost as a necessity. They think it is enough for them to have receive the Gospel. They have no intention of spreading it. They will even tell you how many years they have “been in church.”

Caiaphas was perhaps among the first to find Jesus a threat. The palace of the high priest was in an uproar as Jesus advanced in ministry and popularity. The religious order could not afford to lose control of the minds of the people. They needed rituals and fear to rule the crowd. Caiaphas knew that he could not keep the people if they followed Jesus with their whole heart. Caiaphas offered the enjoyment of temple worship and personal ambition. The mixture of worldliness and religious practices was the right blend. However, Jesus preached against the lukewarm lifestyles and the half-hearted paths.

Killing Jesus is subtle among Christians. They would never accept that they would do such a thing. Pentecostals, which boast of Holy Ghost and exuberant worship, have joined the ranks of removing the sharp edges of His word in order to fit in with the world. Submission, forgiveness, authority, self-sacrifice, and servanthood are buried. These biblical teachings have been replaced for subjectivism and advancement in personal ministries.

There is a consultation going on. It may not be overt or verbal, but many are negotiating their level of commitment. Most live on the peripheral of true obedience. Most give a portion; few give all. Most like the idea of Jesus on special occasions; few would give their life for His cause.

The killing of Jesus did not begin and end with Matthew 26. Caiaphas was not the last to conspire. The question resides with us. Shall we live fully devoted? Jesus said, “except ye eat my flesh and drink my blood, you will have no part with me.” It is all of Him or nothing. Sold out for the Cause of Christ is His demand. Yet subtly, the compromise is being considered. 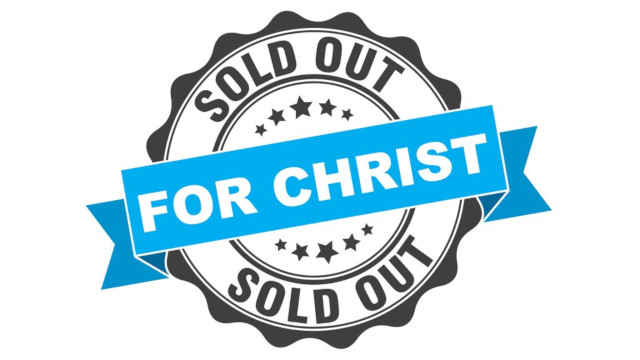