Passover-Easter-Sunday. This is the Day of Resurrection! Easter is the day when we celebrate a Risen Savior Who loved us enough to die for our sins and powerful enough to rise from the grave. He redeemed us with His own Blood and gave us the victory when He rolled back the stone.

However, from the time of Moses until that first Resurrection morning, Sunday was not the day of observance. The Sabbath was observed beginning on Friday evening and concluded on Saturday evening. When Jesus rose from the grave, He set in motion a new observance that the early church followed. They came together to hear the preached Word with singing and rejoicing on Sunday!

Acts 20:7 “And upon the first day of the week, when the disciples came together to break bread, Paul preached unto them…”

All four gospels record the resurrection of Jesus Christ on the First Day of the Week.

John 20:1 “The first day of the week cometh Mary Magdalene early, when it was yet dark, unto the sepulchre, and seeth the stone taken away from the sepulchre.”

Luke 24:1 “Now upon the first day of the week, very early in the morning, they came unto the sepulchre, bringing the spices which they had prepared, and certain others with them.”

Mark 16:9 “Now when Jesus was risen early the first day of the week, he appeared first to Mary Magdalene, out of whom he had cast seven devils.”

Matt 28:1 “In the end of the sabbath, as it began to dawn toward the first day of the week, came Mary Magdalene and the other Mary to see the sepulchre.”

While many of the unbelieving Jews reverted to the Law of Moses and their traditions, the disciples were found worshiping on the day of the Lord’s resurrection. This was a hard break from the custom of their past. Their gathering served as a significant sign that indeed the Messiah had come and that the grave could not keep Him. The early church allowed the first day of the week to be the outward sign in keeping the new Sabbath, while giving witness to the Resurrection of Jesus Christ.

Jesus was our sacrifice and He has became our Redeemer. 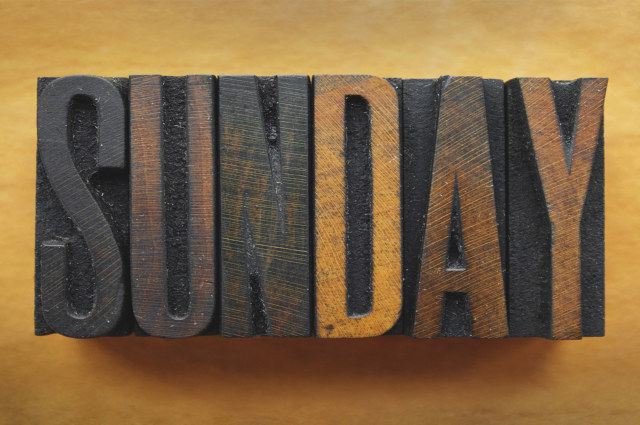