The modern Christian thought was expressed recently when two religious leaders denounced the idea of a strict adherence to biblical doctrine. Instead they proposed an emotional response to salvation and what they called “God’s love factor.” This presents God’s love greater than any biblical narrative or interpretation of the scripture. While this philosophy is counterintuitive to the Bible, there are a host of church-goers who now adhere to this false premise.

The core issue revolves around disobedience to the scripture. There are other glaring tentacles which entail subjectivism and relativism. This is nothing less than carnal mindsets wrapped in the clothes of vain religion. For those who espouse such things, God’s Word no longer matters. His decrees and laws have been dismissed or traded for the opinions borne from mass consciousness. Ultimately, the lines have been drawn and Truth will prevail while many flounder on uncertain ground.

Amos, Isaiah, Zechariah, Jeremiah and more wrote of the “plumb line” – God’s measuring line. There will be a division between the Truth and a lie. God has drawn lines which divide apostasy from sound doctrine. The survey of any parcel of ground, declares ownership and property rights. The same is true for the Endtime church. There is and will be a separation of people based on the Doctrine of Jesus Christ. His name alone will divide us from a host of people. We will be hated for His Name’s sake. Jesus said as much.

Holiness standards are an outward display of the plumb line. Devotion to the Bible is a dividing line. Even our praise and worship looks odd to those who compartmentalize the church from their daily expressions. Our bodies are called a “living sacrifice.” We are temples of the Holy Spirit, thus we consider ourselves as the Bride of Christ and the list goes on.

To remove the scripture from salvation erodes the necessity of God’s design. It clouds the image of both Heaven and Hell, which have been prepared for the saint and the sinner. While God is a God of Love, He still demands obedience to His forever settled Word. Personal understandings will not change the outcome of our destinies. We must embrace the Scripture; abide by it; and put it into action. For out of the books will come the judgement. There is a line and the measurement has been made. 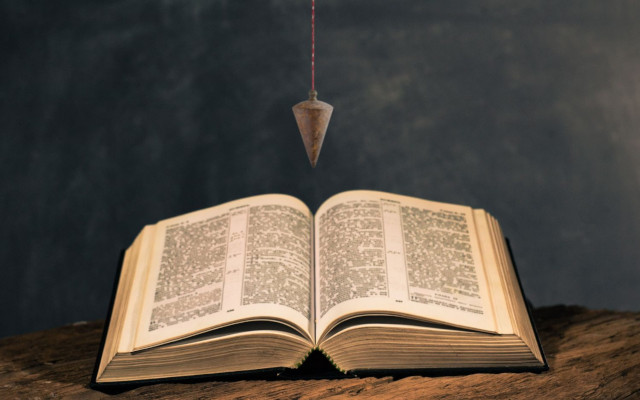