Exodus 13:3 Moses is standing on the other side of the 10th plague. His instruction is consolidated: Remember.

History repeats itself in the most severe fashion, thus Moses speaks in an effort to confront the human fault line so often seen among the nations. He said, “Remember this day that you came out of Egypt, out of the house of slavery, for the Lord brought you out.”

The tenure of Moses was followed by prophets, kings, judges, and spiritual leaders reminding them of the Red Sea. Even still, the people forgot. Worldly influences clouded God’s deliverance. They forgot the nature of their enemy. They did not recount the days of their oppressors, but openly negotiated with them. The “viper” was filled with venom regardless of their compromise. Your Bible declares it so. Sadly, and perhaps predictably, Israel fell back into the iron grip of those they sought to please.

Forgetting has caused countless to backslide. Individuals and congregations have failed to remember the goodness of God’s grace and the character of the enemy. Both are paramount. The downfall of any church or nation begins at the dismissal of holiness and the acceptance of the enemy’s offer.

These truths lead me to great concern for our nation and the plight of so many corrupt political leaders. They have rebuked God out of our public forums; banned the name of Jesus from our congressional halls; and denounce anyone who might raise the standard of Holiness. We better remember where we came from. 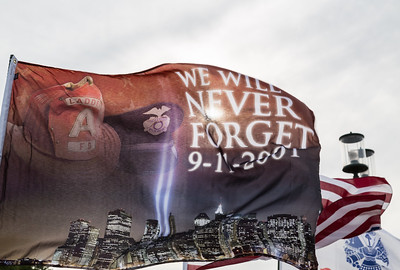 This weekend marks a moment that must be remembered. 9/11 was the day when our nation suffered its most devastating attack since Pearl Harbor. Twenty years ago we were attacked on our mainland. People gave their lives trying to save those trapped in a burning inferno. Police officers and firefighters were joined by a multiplicity who risked their lives; many died in their effort. While the moment is two decades old, we can ill afford to forget. The account of the tragedy is the first step in making sure that it never happens again.

When we forgot, we forfeit our safety and future. The failure of such a thing leads us to repeat the same mistakes as before. Remembrance is the first step.

I offer these words to you in light of the ongoing global conflicts. The very least we can do is thank God for our freedom and vote for men and women who share our biblical beliefs, as closely as possible. We must make known His Name and protect the freedoms that afford us the opportunity to worship without limitation. If we do not, they will be taken from us. Do not forget. This is not some hyperbolized word: There is bondage and suffering on the other side and our window to preach the Gospel is closing. Remember.