November 11, 1918, marked the beginning of the end of World War I. An armistice was signed shortly after 5 a.m., but the cease fire would not be in effect until 11 a.m. Those six hours were said to feel like an eternity. Even afterward, some of our soldiers which were entrenched did not want to celebrate or come out of their bunkers. War develops heroes, but it also produces profound fear. The news of the war’s end was not readily received by all. A few even thought of digging in a little deeper. They heard the report, but did not fully embrace it.

The struggle can cripple our acceptance of the victory. Long standing conflicts or battles make it difficult to accept God’s promises and peace. Those few soldiers who heard the good report reverted back to the battle at hand.

Truth heard is not always truth received. The Message may be believed, but what happens next is most important. The Word which we have heard has the ability to set us free and yet, if that Word is not protected, it can be stolen or become blurred in the cloudy mix of our own dilemma. Messages of freedom, victory, blessing, and more have all been questioned by the people of God. We are made free by the Blood of the Lamb. However, some are still living in the bunker, struggling to accept their own deliverance.

Jesus told the parable of the Sower who sowed the seed, but afterward: Mark 4:15 “…when they have heard, Satan cometh immediately, and taketh away the word that was sown in their hearts.” Our joy and confidence in the Lord must be guarded lest we lose what we have found. Our confidence in Jesus and in the Doctrine must be secured lest the enemy of our soul steals it from our hearts.

We have felt the unction of the Holy Spirit in our midst and the Lord has guided our steps. Yet, if the “seed” is to prevail; if it has a chance to grow and multiply, we must guard it with our lives. Jesus has won the victory and His Word is alive in this house of worship and now we must act on what we have heard! The Greater Victory is waiting for us to rise with boldness and lay hold of the promises of God.

For the better part of 4,000 years, treasures have been difficult to keep. Of the many discovered and lost items of worth is the Florentine Diamond. Boasting of 133 carats, the Florentine is reported to be the largest pink gem of its type in the world.

Historian Gordon Brook-Shepherd wrote about its origins and its loss. It was the Hadsburg royal family which once held it in their possession. When the royals found themselves on the losing side of World War I, they entrusted its keeping to a lawyer named Bruno Steiner. The diamond was suppose to be kept in a secure bank vault in Switzerland, but it disappeared and Steiner was arrested and charged with fraud. To date, no one knows the whereabouts of the 133 carat gem of rarity. Treasures are hard to keep. 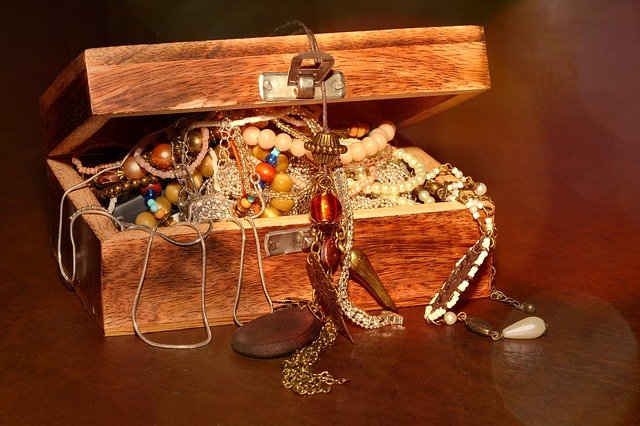 Throughout all time, people have spent their life’s blood chasing money, land, and material assets. The story is old, but sobering. Even though we know this world is not our home, the church often becomes entangled with ambitions far beyond the Kingdom of God. People covet what they do not have; grasp what they cannot hold: and work for what they cannot keep.

Jesus spoke of the man whose crops yielded a good crop. The man built more barns to store more of what he already had. By society’s standards, he was successful. Luke 12:20-21 But God said unto him, Thou fool, this night thy soul shall be required of thee: then whose shall those things be, which thou hast provided? So is he that layeth up treasure for himself, and is not rich toward God.

I can always tell the motive of a man when I look to see where they put their money. Jesus gave us the test: Matthew 6:20-21 But lay up for yourselves treasures in heaven, where neither moth nor rust doth corrupt, and where thieves do not break through nor steal: For where your treasure is, there will your heart be also.

These truths are not new, but they are settled. The Kingdom is all that matters. Our treasure is the location of our heart. While this is not the American way, which demands the pursuit of material things, it is the way of the Cross. Souls, the Gospel, and the salvation of people is all that really matters. Our investments in ministry tools and in Kingdom endeavors are the only things that will last. The song writer once penned these words, “Only What You Do For Christ Will Last.”

If you are unsure of your heart status, I urge you to check the location of your treasure. You might say that you have no treasure, but the fact is everyone has a treasure. To that end, the destiny of many lives may very well hinge on the heart of the church.

Consider the 8th largest country in the world: Bangladesh. Poverty and abuse are the norms inside its own red-light district. Generations have lived and died without ever knowing the most basic comforts afforded to the American life.

An award-winning photographer by the name of GMB Akash was burdened by the lives of his own marginalized people, boasting over 163,000 in population. The needs of the people are so profound, most consider any assistance to be futile. Four million Bangladesh children have been forced into hard labor in factories and brick fields with almost no rebuttal by the international community. The scenes are gripping; I cannot relay the whole.

Akash decided to take “Before & After” pictures while helping one child at a time. His camera became his passport. It is noted that the “After Picture” sparked a call for change. No one realized how pitiful the conditions, until they saw what could be, after help was given. One writer said, that the “before and after pictures of Akash has prompted a call for change. We never saw ourselves in that kind of light.” 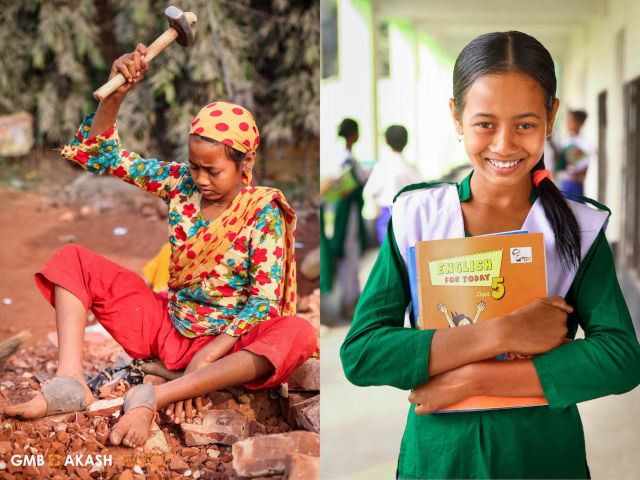 The prophet Hosea foretold of the inclusion of the Gentile when he wrote: Hosea 2:23 “And I will sow her unto me in the earth; and I will have mercy upon her that had not obtained mercy; and I will say to them which were not my people, Thou art my people; and they shall say, Thou art my God.”

Until we see what could be “after” there is no realization of the beauty of salvation. It could be concluded that the result of one is the hope for many. One life changed by the Spirit; restored and given peace and love is enough to reach the masses. Jesus proved as much in John 4.

1 Peter 2:10 “Which in time past were not a people, but are now the people of God: which had not obtained mercy, but now have obtained mercy.”

Romans 9:25 “…I will call them my people, which were not my people; and her beloved, which was not beloved.”

Our change is the catalyst of a mighty revival of people. The Born Again individual is the “After Picture” seen for the benefit of those trapped in the snare of sin.

Matthew 5:16 “Let your light so shine before men…”

There is a mystery surrounding the acceptance and rejection of salvation. I cannot say why some would find Christ and then turn from Him. Perhaps the Lust of the flesh exceeded the purity of Word. Yet, for those who once obeyed the Gospel and then rejected it; renegotiating their walk with God, my prayer is that they might return before they are consumed by vain philosophies and the darkness of this age. In my years of ministry, I have found that most never make it back. It is hard to recover after having trampled on the Blood that once redeemed you.

For us, there is a lesson we must learn that was taught long ago. Hernán Cortés arrived in the New World in 1519. Upon his arrival, he burned his ships. Cortés sent a clear signal to his 600 men that there was no turning back. They destroyed their means of travel and were commissioned to move forward. The sight of those flames sent an unmistakable message of resolve. However, it took two years before Cortés succeeded in his conquest of the Aztec empire. While history does not give us a detailed look, I often wonder about hard times and set backs. I wonder if the men would have turned around had their ships been available.

We’re long past the days of conquistadors, but the story of those burning ships reflects the scene found in 1 Kings 19. Elijah, the older prophet, wrapped his mantle around Elisha the younger. The younger requested time to rejoin his family for what looked to be a going away celebration. He said, “Let me, I pray thee, kiss my father and my mother, and then I will follow thee.” For Elisha, there were things behind him that drew him; even family.

When Elijah pressed Elisha, the decision was made: Elisha burned his instruments of trade, slew his oxen, gave the meat to the people and went after Elijah. It was a seamless motion borne of desire. Elisha had nothing to go back to…he burned the ships. There was a finality that occurred that day. The smoke rising from the field. A wise prophet standing off in the distance. Elisha could not have moved forward with a divided heart. The mantle, the anointing, and the calling were too great and much more valuable than all the treasures of this life.

The lesson is clear: if you are to follow Christ, you will have to leave everything behind. Only a whole heart that pursues the Lord will make it to the end.