Perhaps someone will read this in years to come and wonder what the coronavirus was all about. The virus seems to have originated in Wuhan, China, basically the middle of the country. The WHO has reported that nothing has come close to the casualties and infections since the SARS outbreak 18 years ago. Several countries are taking steps to deter the spread as 30 airlines have suspended flights to China. The problem is that there is no fixed quarantine that will suffice. The interaction of people, through degrees of separation, cannot be managed. In plain terms, it’s too late. Too many people have connected and we can only hope that the appropriate vaccines can deter the growth. Far beyond the borders of America, medical facilities and municipalities are ramping up to stay ahead of the spread. The reports are vague as many who are infected are not identified.

However, I write to declare a greater sickness is infecting the world and has so for centuries of time: Sin. Sin has destroyed the lives of countless millions. It has ravaged rulers and paupers alike. It has devastated homes and marriages; communities and churches, leaving them empty by its introduction of lust, greed, and perversion.

There is no quarantine for the likes of sin. Instead of seeking for a solution, most have accepted its presence; embracing it with open arms. Sadly enough, some have promoted it in all circles of life. With proof positive, and decades of evidence, the infection is treated as a rite of passage – typical of the human experience – instead of the tragedy that it really is.

Christians far and wide are not generally disturbed by sin. Over the last five decades, the outrage has diminished. Christians spend sufficient time to watch sinful activities via movies and television programs. While they might not engage in sinful practices, they find pleasure in the promotion of them. Violence, fornication, nudity, cursing, and other forms of anti-god and anti-bible message fill homes, computers, and phones of people who profess faith in Jesus Christ. They claim salvation and yet, if they were accused of being adherent to the Bible and a follower of Jesus, a prosecutor would be hard pressed to find enough evidence to convict them. 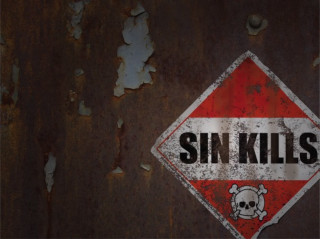 Sin is a disease and it’s far worse than any virus we have ever seen. The job of our health experts is to tackle the worldwide coronavirus. The duty of the pulpit is to reveal the works of the flesh and the path of Salvation. We have the cure for the deadliest infection the world has ever known, but before we offer the cure, we first must consider our own lives. There is hope. Grace and Mercy are available. However, I remember the prophet crying in the wilderness, telling the people to Repent. It is the only way to healing.

Hebrews 2:1-3 “Therefore we ought to give the more earnest heed to the things which we have heard, lest at any time we should let them slip. For if the word spoken by angels was stedfast, and every transgression and disobedience received a just recompense of reward; How shall we escape, if we neglect so great salvation; which at the first began to be spoken by the Lord, and was confirmed unto us by them that heard him;” 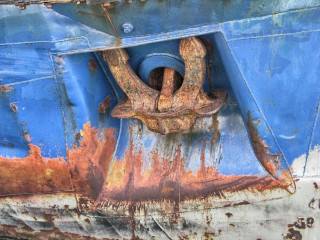 The search for a missing boat along the Florida coastline came to a conclusion when it was discovered stranded against a rocky edge. The investigation spoke of the tragic end of its passengers. They said the boat was adrift in the sea while the small group of people slept. The combination of a lack of experience and alcohol was the cause. An experienced investigator said that had they simply put down their anchor, the boat would have stayed in its place. The drift took them away from their familiar surroundings and caused a series of events from which they would not recover.

The drift is often subtle, even muted in our daily lives. It is a movement of incremental steps; a meandering away from the central place. You might not even realize how far you are from your original port of call. Anchors, in all their spiritual forms, might seem restrictive and constraining, but they are the mechanism of the “keeping.” Without an anchor there is nothing to keep you from the drift. Without a mainstay, some rock or cornerstone, you may find yourself believing in false concepts or what Paul called, “doctrines of devils.”

It doesn’t come all at once. The drift doesn’t work that way. It begins with a small thing; some offense or hurt. Disappointment adds its part and then more serious things persist until we are fully alienated from the very thing that we loved. Hebrews 2:1 refers to it as the “slip.” The word “slip” comes from the Greek word, pararrhueo, which means to “flow by,” carelessly moving away without notice. Slipping is one excuse combined with another. Flowing away from commitment. How shall we escape in the end if we neglect the Truth that saved us? Are you closer to the Lord than when you first believed? Have you drifted from serving and sacrifice? What holds you to the church? What keeps you from accepting corrupt ideas propagated by “smart” backsliders or worldly influence? I’m looking for an Anchor: an Anchor for my soul. Storms will come Trouble will attend to this life. Nevertheless, as long as I am rooted and grounded, I will be stable and abounding in the work of the Lord. The drift is set against me. It works against my resolved. And yet, I know the Anchor holds.

What do you do in times of crisis? That question was posed to the attendees at a corporate training conference. Everyone had an answer. Depending on the moment, some replied that 911 was the most appropriate call. Others talked about technical support staff. Managers said they would seek out senior staff members or those with experience. In all, human interactive dependency dominated the conversation. The conference leader then probed the subject of sickness or death. He asked, “Where do you turn in times of physical loss?” The crowd became silent. Few, if any, knew what to say. A handful spoke of doctors; others of friends or family.

I have watched the degeneration of our society in times of crisis, sickness, and death. There once was a day when people gathered in the church to pray and seek God. Later they moved to the town square or some other public arena. The evolutionary movement saw people sending out thoughts and prayers. Most recently people are sending out what they call “warm thoughts” to those who are suffering. Secularism has become so prevalent; God is so distant and prayer is so foreign, people now send out “warm thoughts” in times of loss. 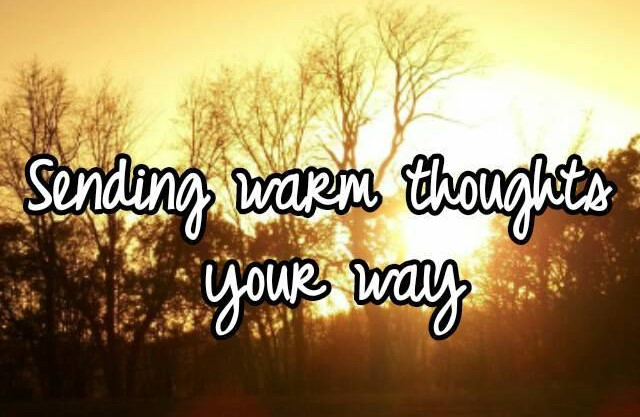 My question is, “What are warm thoughts?” Do they save the sick? Do they comfort the hurting? Can our thoughts restore broken lives and wounded hearts? No one is allowed to say, “We are praying for you” for obvious reasons. Prayer denotes that Someone is on the other side of that prayer. Uh oh. Prayer means that there is a God and our society cannot give credence to God. The acknowledgment of prayer is the thread to creation. If we propose prayer, it might mean that we did not come from the RNA molecule, but that God formed us and spoke the worlds into existence. Psalms 100:3 Know ye that the LORD he is God: it is he that hath made us, and not we ourselves…”

Paul wrote of this nonsense. 1 Corinthians 1:21 “For after that in the wisdom of God the world by wisdom knew not God, it pleased God by the foolishness of preaching to save them that believe.” Paul said, 1 Corinthians 1:20 “Where is the wise man? Where is the scholar? Where is the philosopher of this age? Has not God made foolish the wisdom of the world?” The world’s idea of “warm thoughts” is nothing more than foolishness. Prayer is our connection to God, Who is our strength.

When there is sudden death, I’m praying for the peace that comes from the Prince of Peace and comfort from The Comforter. My thoughts won’t help no matter their temperature. My God is the Help and Strength. He is the lifter of my soul and my refuge in times of trouble. I submit that we call on God, especially in times of crisis. We turn to Him from Whom all blessings flow. For He is God and there is no one like Him.

“Something” is an interesting term. It normally denotes a thing of substance; perhaps a fixed item. Something has a realness to it. There is matter in something. When I am asked to give, it feels good to know that I have something to offer. When I am asked to meet with someone, I am happy to report to them that I have some time to be together. Something might also represent a position to defend; a debate with content. There are so many things that attend to this “Something” subject.

But “Nothing” is not “Something.”

Nothing has no foundation or substance. It carries no weight; no points to argue or validity. It’s just… well, nothing. I’ve found that much of what I thought was Something turned out to be Nothing. We often make those miscalculations in life. We think temporal things are so important, when in reality they amount to very little. Stress rises in our minds, fear gripping our hearts as we deem the insignificant to be critical until we realize how insignificant it was. Our Something turns out to be Nothing. Some people think they cannot live without some item, but they live.

My best explanation is to compare or consider what really matters in life to all these other things and then work backwards. Thus, I must begin with Eternity. Heaven and Hell. Whatever will lead you to Heaven or Hell should be front and center. When the Lord returns and the Trumpet of God sounds, I wonder how much all these things in this life will matter. People tend to spend energy on fleeting emotions; passions, anger, grievances, sports teams, politics, etc. Some spend their time pursuing money or ambition. There are a myriad of things we might see as important that are far less crucial juxtaposed against Eternity.

Consider this: You are going to spend forever somewhere. Your soul is being weighed in the balance everyday you live. So if you are offered anything that leads you away from Heaven, then that thing is Nothing. No matter how good it looks, it is not worth your eternal soul. There is no job or amount of money worth your salvation. There are no offenses that you have suffered worth your eternity. Heaven and Hell are too important to ignore. Worshiping the Lord is high on that list of Something. A personal time of prayer and Bible reading is up there. Church involvement and
serving in the Kingdom ranks as a matter of importance. These are the things that really matter. We cannot allow the Nothings of this life to become Something, only to find out too late, that they were not what we thought them to be.