I wish I could count how many times I have heard the statement, “There are only two different kinds of people in the world.” The answer is usually a showcase of polar points in some facet. Christianity is no different as it hosts its own “kinds” of people. Some are filled with doubt and others with faith; some with boldness and others with fear. However, when I strip away the myriad of examples, I always seem to land on those who Serve and those who are Served. It is the difference between the Takers and the Givers.

Consider the day Abraham sent his servant, Eliezer, to find a bride for Isaac. The journey ended when Eliezer found Rebekah serving. Her inclusion into the lineage and Abrahamic covenant began with a servant spirit. The defining moment of Rebekah’s life was written:
Genesis 24:19-20 After she had given him a drink, she said, “I’ll draw water for your camels too, until they have finished drinking.” So she quickly emptied her jar into the trough, ran back to the well to draw more water, and drew enough for all his camels.

Rebekah served her way into the covenant. Jesus came as a Servant. Paul remembered the words of Jesus when He said, Acts 20:35 “It is more blessed to give than to receive.” The Giver – the Servant – is always more blessed.

The proof was Elisha’s authority, not the miracles he performed. He was known as anointed and credible by a single statement. 2 Kings 3:11 “But Jehoshaphat said, Is there not here a prophet of the LORD, that we may inquire of the LORD by him? And one of the king of Israel’s servants answered and said, Here is Elisha the son of Shaphat, which poured water on the hands of Elijah.”

Elisha served Elijah. He served his way into the anointing.

The act of serving is greater than talent. It exceeds knowledge, ability, or status. Though many proclaim faith in Jesus Christ, not all can claim to be a servant. It concerns me how many Christians are confident in their salvation, but have never offered themselves as a servant. It is nothing more than religion without relationship.

This is why I am challenging you to set aside some time, even in this house, to engage in some serving ministry. It is, after all, the path of the Savior we purport to love. 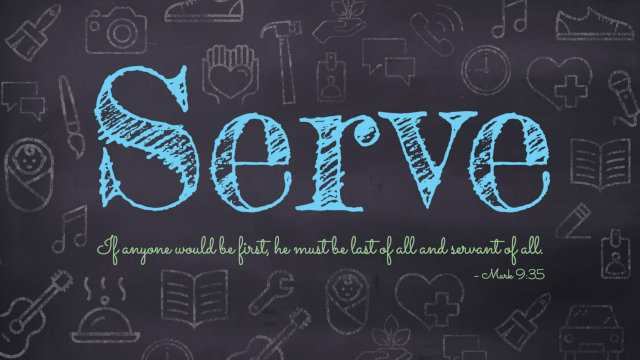