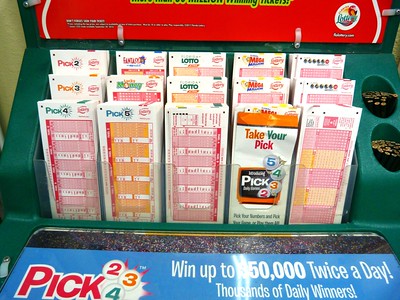 Geoff Pender first turned me on to the news. Writing for The Clarion Ledger, Pender predicted the day when retailers in Mississippi would receive their first ever lottery ticket distribution. Vice chairman of the Mississippi Lottery Board, Gerard Gibert, was ecstatic to announce this week that the end of the opposition to the lottery in the southern state had taken place. What really peaked my interest however were the words of Danielle Genovese who explained the reason for the hold-out state. She wrote, “For decades Mississippi was one of only six states without a lottery due to strong opposition from politically powerful churches.”

Once the “powerful” churches folded, or became weak, the lottery prevailed. In fact, it was well reported that the only reason the gaming commission was held at bay was due to conservative churches which taught against the practice. Come to find out, they voted in favor of their beliefs. However, as those churches and their spiritual convictions declined, the introduction of new measures emerge.

The nation as whole is experiencing similar dismantling of convictions. Instead of standing for biblical teachings, godliness, and spiritual understandings, people are defaulting. The word “default” has multiple meanings, but I use it in its last form: “in the absence.” We have become absent in our duty to our communities by believing in the lie of “live and let live.” The statement sounds like a measure of peace until we realize how destructive and diluted it has become. The “live and let live” crowd has compromised their beliefs in favor of a false sense of security. Israel experienced similar issues. They forsook the God of their fathers and in time, they lost their children and families. Idols were erected in the very places where holy worship once took place. After the idols came grotesque sacrifices and offerings. They devolved into an idolatrous people full of carnality and debauchery. Nevertheless, it did not begin that way. It began when they compromised their convictions. They lost their “powerful” opposition to sin and it cost them the nation.

It seems only reasonable to inquire as to our direction, especially in light of our homes and families. What are your convictions? What do you stand for or stand against? While the world allows the introduction and acceptance of all things, I am wondering if the people of God can articulate their own powerful, spiritual opposition. I suppose Moses said it best when he asked, “Who is on the Lord’s side?”

One thought on ““Powerful” Churches”