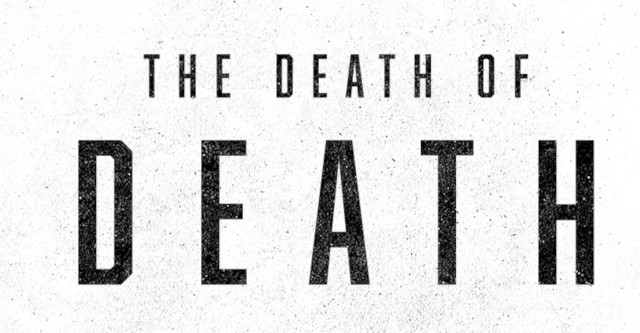 “The Death of Death” doesn’t sound very promising to me. Even the repetitive words seem somewhat confusing. I concur that it might be a little unclear. So I’ll unpack the statement for us in hopes that we can see it more clearly.

The first “Death” means an end to something. It means that something once lived, but now it is gone. This “Death” is a finality; buried in some nondescript place; lost to the current or present reality. It speaks to a life once held, but now has passed and its memory is all that remains. The second “Death” means a sacrifice. This word indicates the dying to self, the flesh, or surrendering something of value. It means the forfeiture of something valuable.

Putting the words together reveals a time when people gave out of their want; not out of their plenty. It means that believers once gave God an offering that cost them something which they could not replenish. The Death of Death is the conclusion of selflessness and personal, willing abandonment. Real sacrifice has fallen on hard times. It has even disappeared in many churches.

Consider the last book of the Old Testament. The people no longer offered God something of value. Instead, they brought their least to the altar. Malachi 1:8 When you bring blind animals for sacrifice, is that not wrong? When you sacrifice crippled or diseased animals, is that not wrong? Try offering them to your governor! Would he be pleased with you? Would he accept you?” says the LORD Almighty.

As it was then, so it is now…. We give our energy to our jobs and activities, maybe even to entertainment. We would never think about skipping out of work on a regular basis. I’ve seen people more excited about their favorite sports team than they are about morning worship. God said, “You no longer make a real sacrifice.” It was the Death of Death. No more offerings of value. No more forgoing or renunciation.

This is where the American church is right now. We love to feel God and see His power. Many are intoxicated with the sound of their own tweet or posting about their opinions of Him or of their church. Some even like to hear themselves pray and sing. However, few are willing to offer themselves as a living sacrifice. It’s painful to lay yourself down on an altar and give up image and personal ambitions. People are saving themselves and their possessions while the Kingdom searches for laborers, disciple-makers, and an offering. I feel the Spirit calling us to a life of self-denial. God is looking for a people who will give the best of their life, energies, and talents to Him. Our best is the only thing acceptable to a Savior Who gave His all for us.