In March of 2011 two writers, Steven A. Austin and Mark L. Strauss, decried the teaching of an increase in earthquakes as being a sign of the end time. They used data from the NGDC and NOAA to denounce a rise in seismic activity. However, that was 2011. Since then, earthquakes have risen 300% in frequency and there is more than enough data to substantiate the change. Earthquake Tracker offers the most recent details as of July 16, 2019: 307 earthquakes in the past 24 hours; 3,868 in the past 7 days; 11,220 in past 30 days: and 69,869 in the past year. These staggering occurrences are highlighted by California’s July 5th 7.1 magnitude earthquake that shut down most of the area. The ripple effect caused by the aftershocks was just as dangerous. Scientists tell us that an earthquake with a 9.0 magnitude is over 707 times greater than a 7.1 magnitude. 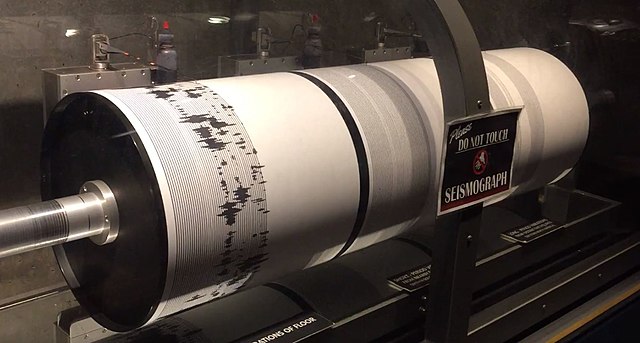 It might seem a little distant for most of us, but I offer a single thought launched from Mount Olivet. Among the many signs of the last days, Jesus said that there would be, Matthew 24:7, “ earthquakes in divers places.” Paul wrote of the end times when he said, Romans 8:22 For we know that the whole creation groaneth and travaileth in pain together until now. While there are many others signs; wars, pestilence, false doctrines, famines, sexual perverseness, the Bible points to the signs in the earth. The earth is trembling, moving in pain in response to the sins of mankind. The world is quaking in ways we have never seen. History can only point to the great flood of Noah to find another time when such occurred. We are living in unprecedented moments. Israel is a nation. The Middle East is rising against her. Germany has regained her footing. Godlessness has gripped America. The “perilous times” of 2 Timothy 3 is in full display and the earth is shaking.

Some of you will read this and move on to something else. Some will pass it by as just another entry in a blog. However, for those who can see with spiritual eyes and hear with spiritual ears, the things which God has spoken, then remember this: Romans 13:11 And that, knowing the time, that now it is high time to awake out of sleep: for now is our salvation nearer than when we believed. Romans 13:12 The night is far spent, the day is at hand: let us therefore cast off the works of darkness, and let us put on the armour of light.