Maybe you’ve notice that the biological debate of paternalism has found new footing. With a rise in blended families, divorce, and remarriage, America is dealing with parenting and guardianship. However, our generation is not the first to confront this challenge. In fact, history tells us that both the Civil War of the mid-1860’s and World War 2, which ended September 2, 1945, had to confront this pressing issue. Missing fathers caused an upheaval in the aftermath of war that could not be denied. Almost 1.3 million men died in the Civil War, which left a major deficit in the structure of the home and family. Father figures (grandfathers, uncles, and other relatives) were pressed to take up the mantle of leadership. It was the only way to keep some cohesion of the nuclear family.

In more recent times, the dilution of the family unit has caused a plethora of unresolved issues. America is learning the hard way that children need a “father” in their lives. The absence of the male voice has caused a ripple effect in crime, poverty, and overall disciplines. There is no debate that the role of dad is much greater than just procreation. It takes more than just reproducing to be counted as a covering over children.

Thankfully, while the biological father might be missing or absent, other “dads” have stepped up. We never see this more wonderfully displayed than in the church.

As we celebrate Father’s Day, we recognize men who lead. Regardless of DNA, the blessing of fatherhood is clearly seen in the lives of so many families. Perhaps one of the great responsibilities of the church is to meet the needs of children and young people who do not have a paternal voice in their life. Men that lead are in high demand and I am confident that there are many who grace this house that fulfill that need.

Nevertheless, when our combined efforts fall short, the scripture tells us that God Himself will be a “father to the fatherless” Psalms 68:5. The Lord never leaves anyone out. He always makes up the difference. So as we give recognition to Father’s Day, let it be known that we are grateful for every man who takes the time to lead; give of their time; and offer wisdom and love to those around them. 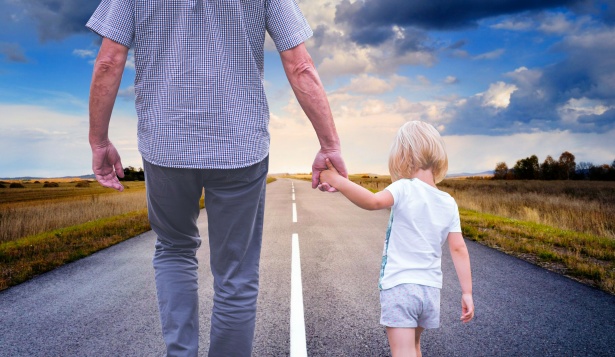