The Civil War ended in the spring of 1865. It claimed more lives than any conflict in U.S. history and subsequently required the establishment of our country’s first national cemeteries. While families gathered to remember their fallen loved ones, the national scene also took notice. On May 5, 1866, Waterloo, New York became the birthplace of what we now know as Memorial Day.

It was celebrated, but not in the way of triumph or rejoicing. This celebration was felt in tones of the heart that gave thanks for the many men and women who died in battle serving our country. The number of fallen soldiers now line the fields of honor from wars over the span of these many years. Waterloo was only the beginning of remembrance.

I suppose that somewhere in this narrative a skilled orator might pull a Biblical application for the delight of the reader. I confess that it is my most natural instinct. Nevertheless, I wish only to say “thank you” to the tens of thousands who gave their life for my freedom. Our liberties did not come easy; they were purchased by the blood of people we will never know. The plight of our nation is made possible by the choice of so many; we can barely imagine the loss.

The World Wars were supposed to bring an end to the earth’s conflicts, but we know that no such thing can exist. The cost of freedom will grow and we will live, hopefully, free from tyranny. The ability of the church to thrive in this country rests on the shoulders of freedom bearers. The liberty to worship without governmental oversight or mob rule has allowed us the privilege to both gather and evangelize our communities. Many nations do now allow evangelism and in some countries, it is illegal to be converted to Christianity. We don’t know how blessed we truly are.

Graves tell the story. Those lined nameless, white crosses represent the men and women who paid the price for our religious freedom. Moreover, Memorial Day, while it boasts of car races, baseball games, and backyard barbecues is really about honoring the fallen who protected the unsuspecting citizen.

Perhaps too little attention is given to the reason for this “celebrated day.” Maybe the lack of knowledge has caused us to lose the feeling of hushed tones and broken hearts. Waterloo is a place of memorial that launched a bid for reverence. Each year on Memorial Day there is a national time of remembrance, which occurs at 3:00 pm local time. It is a moment of silence that gives pause to the noise of aimless ambition and helps us know that someone, somewhere, spilled their life’s blood for our sake. We honor you, our fallen hero.

Consider Paul’s own testimony. He said, “I delight in the law of the Lord but I see another law working in my members. There is another battle being waged in my spirit to imprison me.” Romans 7:22-23.

I am reminded of the decades old conflict in Syria, which still exists today. Bashar al-Assad has ruled the country for many years as a dictator would. Syria’s civil war has seen thousands of deaths by many means, not the least of which is poisonous gas. Over 7 million people have been displaced, the majority of them running away with their young families seeking refuge in other countries throughout the region.

Russia has entered the fray in this war-torn country by staging a proxy war with the United States. In recent years, Syria has become the battleground for these two superpowers to display their strength. While proxy wars are nothing new, they do reflect real tragedies and sometimes results. 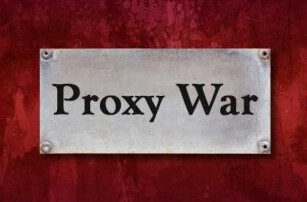 There is a spiritual proxy war that exists in the world today. Paul told the church at Rome that a war was raging in his members: The battle in his own spirit was the battle of Heaven and Hell. While Jesus died for us and cares for us, Satan has no such affinity. The enemy will use our thoughts to bring our spirits into bondage. He will bind us and hinder our relationship with the Lord. However, he’s really in pursuit of the Lord’s authority. Remember, Lucifer is after the Throne. Our lives and minds are just the battlefield where this war is played out.

Paul will confess that he delights in the Law of the Lord. There is no controversy that Paul was spiritual, prayerful, and consecrated to the things of God. He was an Apostolic Statesmen and The Ambassador of the Gospel of Jesus Christ. He was the world’s premier disciple maker. Nevertheless, he saw this proxy war and admitted to another “law” working in his members (mind/thoughts).

There is a battle ensuing that cannot be ignored. Regardless of our desire to follow the Lord, something else is at work, even now. The proxy war of Light and Darkness is being waged among mankind. For this cause, we must take up the Whole Armor of God and give the Holy Spirit sanctuary in our minds. 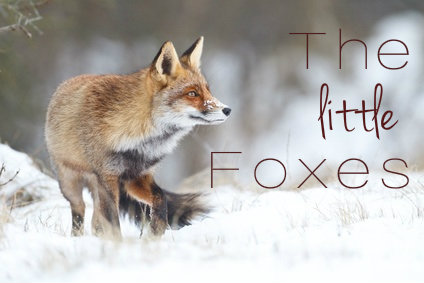 I often wonder how many people strive to tackle the major problems of life all the while ignoring the smaller ones that spoil the whole. I know there are major issues which cannot be ignored. However, small things rarely gain our attention until they metastasize into something unmanageable. Little foxes look too insignificant to worry about until they destroy the very thing that feeds us.

While I cannot exhaust the list, I will offer one of those “small” things:

Interruptions. In a not so subtle way, the interruption destroys clarity; thought process; peaceful moments; and conversations. The ping on our phone cutting in on present relationships to tell us that we have a new email… A tweet notification… A text or a series of texts… All of them are interruptions to our daily lives. Phones at dinner tables have paused a thousand conversations, but still we think nothing of it. Interruptions arise from different directions, which makes me think that there is something more sinister with this “fox” than just the function of life. Televisions humming in the background and the constant Internet surfing that barge into our family rooms are all contributors. Information overload has drowned out the Scripture, which are written to make us wise unto salvation.

Oliver Burkeman writes: “By one estimate, 70% of us take our news-delivery devices to bed with us at night.” The interruption is welcomed by the consumer like a sweet drink with diluted poison. It doesn’t do damage like sinful practices because it is not sinful. It’s just an interruption that steals our attention.

Solomon speaks of tender vines that are damaged beyond repair. Time thieves are everywhere and time is a tender thing. Listening, prayer, meditation, and Bible reading are all tender things. Little foxes can do more damage than the roaring lion if left unattended. The little fox seems so inconsequential until the day comes when you have no relationship with the church and the altar.

I’ve watched this too many times. People stop worshiping. They sit unmoved. They resign from serving and then miss a few services. They come infrequent until they don’t come at all. They still justify themselves by saying they love God, but they have no worship time; no serving; no altar experience and no pastor. They live in a backslidden state all the while absolving their inaction and disobedience as being busy. It didn’t start that way. Little foxes, perhaps an interruption, suspended their walk; broke their spiritual concentration and now they are no where to be found.

Remember, there are “little foxes” ready to take what is tender. So stand guard. Eternal life is too valuable to be stolen by an interruption.

It might be difficult to imagine that hundreds of years ago people thought they had reached the height of technology. Each generation boasts of their human accomplishments: the creation of gears in Ancient China, tin extraction in Asia, the papyrus in Egypt. The list is exhaustive. Glass was first created in Egypt; the Phoenician alphabet and a water clock in the Middle East. Americans introduced similar wonders with steam engines, the telegraph, Whitney’s cotton gin, the Morse code…the list goes on.

Civilizations reached new heights of convenience and productivity. Each believing they had touched utopia. However, with each new invention, people moved farther from God. Our modern conveniences have made us less dependent on God and more secure in self.

The template prayer has been widely disregarded, “Lord, give us this day our daily bread.” There is little need to pray for such a thing. World statistics say that the poor in America are rich compared to the rest of the world. American people in poverty have smart phones and basic cable. While millions in India pick their food from waste sites, Americans can access food-banks in every city. Most of us are far from those thoughts.

Of the seven churches in Asia, God had a major problem with the Laodiceans: God said, Revelation 3:17 “Because thou sayest, I am rich, and increased with goods, and have need of nothing; and knowest not that thou art wretched, and miserable, and poor, and blind, and naked:”

He said, “You think you are sufficient because of the material assets you possess when in reality you are pitiful. You think you have it all together, when in light of eternity and your spiritual state you are like a blind beggar, threadbare and homeless.”

I ask, “Do you have need of nothing?” Could it be that our gain has led us away from our need for God? We have heart transplants; gene therapy; floating gardens; 5G capability; cures via cell migration… incredible. Who needs to pray? Does anyone even need God? Maybe that’s why prayer rooms are meager and fellowship nights are full. Maybe that’s why we resist words like sacrifice, serving, and suffering. They just don’t mesh with our modern version of Christianity. Sunday morning religion is in abundance, but what about the evening sacrifice or a mid-week Bible study? It’s hard to find time for church when there are so many other options. We have enough of God to appease our conscience, but not enough to be convicted and committed.

I offer you the axiom of truth: Until you need Him, you won’t find Him. Nevertheless, as long as there are other priorities in your life, God and worship will be just one more obligation to mark off at the end of the week.