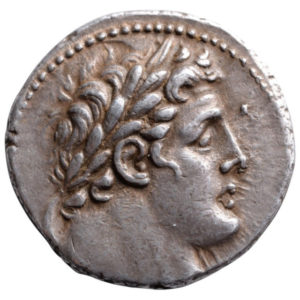 In a religious age where the church and the Bible’s doctrines are under-valued, I submit The Temple Shekel.

Without the means to measure proper weight of monies in the market place, merchants would often shave the outer edges from their currency to retain more of the precious metal. In relatively short periods of times, the common shekel might weigh much less than its original form. The only way to measure the market’s money was to weigh it against the Temple shekel.

Inside of the Temple was a chamber that kept and protected the original. All the other pieces were compared against it. The command was to bring the outside shekels and compare them with the inside standard. In short, the Temple became the beacon for what was true and what was false.

While some religions have shifted away from the Bible, the fact remains that the Church must be the standard of what is true. The Church reveals how respect is offered; forgiveness is given; and people should live. If the House of God is kept holy and unblemished, then the world will know what decency and honor looks like.

In a society rife with strife; where tensions seem to flourish and divisions are the order of the hour, it is critical that the church sets the standard on how to live and love in harmony. New Life Fellowship must be a lighthouse; a city set on a hill that cannot be hid. We are commissioned to keep holiness in the fear of God and to display the love of Jesus among one another. Racial tensions and political divisions will persist in this world. However, the proper way must be found in the church.

While many will set aside this day to remember a singular voice, as we have also done so many times, I am compelled to write that the Church is the current sound, which signals the standard of conduct. Dr. Martin Luther King, Jr. did what he could while he lived. To merely reflect on his accomplishments is to fall short of our responsibility. Paul said that we are an epistle read of all men. We are the current chapter in the book of love. We are the living witnesses of what society should follow.

Therefore, I rise to admonish this body: Be the Church! It is the only standard bearing shekel that can bring order to a world in chaos. Be the Body of Christ and reflect His righteousness. Be a people, not a segmented group that is defined by the outward, but by the Word and the Spirit. Be the Shekel.