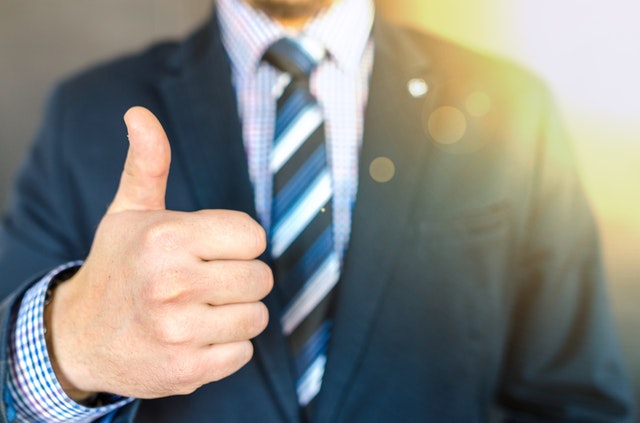 Thumbs Up! Isn’t it great to be validated by other people? What a wonderful feeling to have a “thumbs up” attached to our posts, pictures, and shared thoughts. In fact, the more “Likes” must mean we are doing good. Right? It is said that everything is defensible if enough people say so and everything is appropriate, cogent, and credible if the vast majority of replies send their affirmative emoji. Who could argue with a thousand thumbs!

Peter and John thought otherwise. After being rebuked; put in prison; held until the next day; openly forbidden to preach in the name of Jesus; and finally declared as the minority, Peter and John said, Acts 4:19 “Whether it be right in the sight of God to hearken unto you more than unto God, judge ye.” No Thumbs Up. No “Likes.” No majority in favor of what they were doing or how they were doing it. Peter and John clearly were a couple of isolated preachers with no support or backing. But then again, Truth does not need a majority in order to be Truth. Right will always be Right even if the whole world gives it a “Thumbs Down.” Righteousness is not contingent upon the opinion of so-called spiritual people or the ungodly. Holiness is not subjective.

The current problem is that believers are being influenced, often discouraged, by the lack of support among friends, families, and co-workers. Moreover, because the doctrine of Jesus Christ and His name is frowned upon, we think that it would be better to “hearken unto men” rather than be a light in a dark world.

Therefore, while perversions, cuss words, false concepts, and sexual clothing are all given the “Like” button, devotion to a godly lifestyle is deemed judgmental. While individualism is promoted among Christians, church attendance multiple times per week is not. Even sex out of wedlock is considered a “rite of passage” by a majority of professing Christians. The clear data shows this as the prevailing thought. Surely, we have entered a time of great distortion.

I rise to say that we must not equate the support of people with God’s approval. Nor must we think that Truth need be accepted by the majority for it to have validity. Jeremiah was alone in his ministry as were many of the prophets of God. Joshua and Caleb were outvoted 10 to 2, which resulted in a 40 year detour. So remember, regardless of how many “Thumbs Up” you have, it won’t mean anything when it stands before the Lord.