When David sought a place to repent, he bought a threshing floor from a man named Araunah. The man would have given the land to the king, but David said, “I cannot offer God something that cost me nothing.” As many of you know, this verse is the pivot point of the ministry, which God has entrusted into my hands. My sacrifice to God is the burden I carry.

Sacrifice is a lonely word. In some cases, it’s a very distorted word. Some think that coming to evening worship service; giving their tithes; or singing in the choir is a sacrifice. Others believe that there is a cut-off age when sacrifice is no longer needed; that sacrifice is for those who are able.

In light of a much-needed revival, Pentecostal pastors have lamented to me how many middle aged people are removed from the matter. While younger generations are gravitating toward good-will endeavors and humanitarian work, millennials and older are chaffing at the thought of giving up something. The absence of this mindset leads to an era of entitlement. Therefore, instead of giving from our want, the idea of entitlement promotes receiving without a claim. 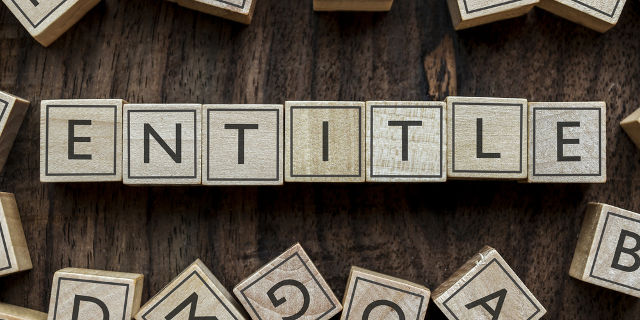 Entitlement is not just a term used among government officials and those who debate policies. Entitlement is seen in the church. Some believe that they have “paid their dues”, whatever that means, so they don’t have to volunteer or serve. Others think that simply showing up is deed enough to garnish favor or benefit. The entitlement crowd makes demands on God and the church in various ways. People now demand pleasantries without labor; friends without being friendly; spiritual insight without personal prayer. However, a church filled with healing and miracles requires something of us. Conversions don’t just happen because of Joel’s prophecy. They happen because church members make friends and invest time in people.

No one has a right to a good worship service. No one can make an ultimatum on a clean building or a loving Children’s Department. Who said that these things were a given? All of it requires time, effort, and most of all sacrifice. Because not only can we not offer God something that cost us nothing…God won’t accept something that costs us nothing.

Calvary came at a great cost.
Sustained Revival comes at a continual cost.
Enduring Love for each other comes at a personal cost.

Anything less lays empty and undone outside the door of Heaven.