Joshua’s battle at Jericho is perhaps one of the Bible’s great military victories of all time. In historical reflection it was Israel’s first conquest after they crossed the Jordan and the city was its era’s most fortified city. Israel’s defeat of Jericho would set the tone for every other battle that lay ahead of them, of which there were many. All they had to do was obey the voice of the Lord and follow the leading of Joshua. Seems simple, right?

Curiously, the scripture gives two orders in Joshua 6. God told them to march around the city; when and for how long. God told them to blow the trumpets and have the people shout. However, when Joshua repeated God’s command, he added one more thing: Josh 6:10 “Ye shall not shout, nor make any noise with your voice, neither shall any word proceed out of your mouth, until the day I bid you shout; then shall ye shout.”

Joshua added, “don’t speak.” I submit the reason Joshua forbade them to speak was that he had firsthand knowledge of the power of a negative word. Joshua had walked aimlessly in the desert for 40 years by virtue of the negative words used by the ten leaders of Israel, which also spied out the land of Canaan. He was acutely aware of the damage a negative report could bring and he was not willing to risk losing his first battle on the chance of a loose tongue.

James wrote of the deadly power of the tongue. NIV James 3:5-6 “Likewise the tongue is a small part of the body, but it makes great boasts. Consider what a great forest is set on fire by a small spark. The tongue also is a fire, a world of evil among the parts of the body. It corrupts the whole person, sets the whole course of his life on fire, and is itself set on fire by hell.” New Life is marching onward toward a great revival. However, God’s purpose in our lives and church can be foiled by foolish conversation and negative language. Prov 18:21 “Death and life are in the power of the tongue: and they that love it shall eat the fruit thereof.”

What a tragedy to think that the harvest could be unreached; the battle forfeited; the lost remain hopeless all because the wrong thing was said at the wrong time. I believe that our revival is contingent upon what we say as we march forward. Walls are about to come down if we obey, pray, seek, and become a unified body! Yes, we are on the verge of a powerful move of God, but it is not contingent upon His power. It is resting in our hands and maybe, on our tongue. 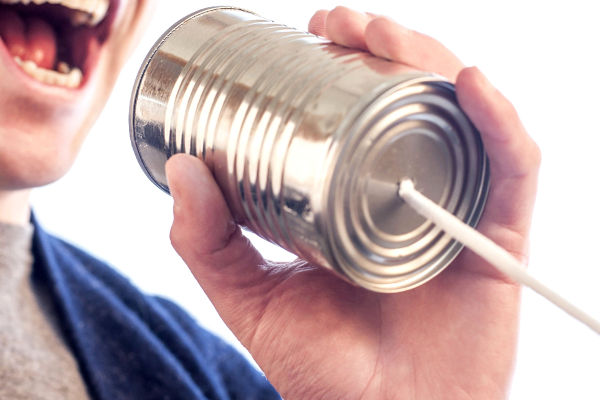