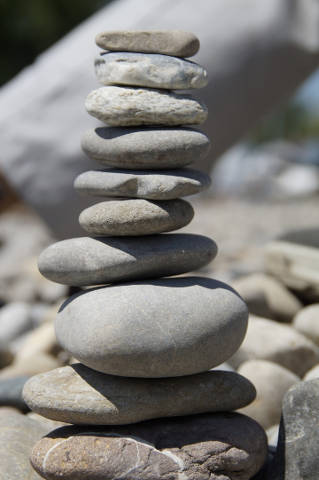 If truth be told, John the Baptist was a renegade among his generation. His clothing, bold and harsh approach, and presentation in a wilderness were unique. No one had ever seen such a thing. He did not stand in front of plaster-coated columns as the Romans. He did not grace the steps of the Jewish Temple. His clothing was not that of rabbi or priest. Nevertheless, people came out to see him. Some came to see the “show”: The wild man in the wilderness. In Luke 3, John begins his sermon with these words: “You brood of vipers, who warned you of the coming wrath?” I’m not sure, but I think this would not go over very well in our era. Even at my best, I’m still somewhat offen- sive and still people can’t always take my presentation. However, I know they would have choked on John the Baptist’s preaching. He was raw. He was ruthless. John was so abrasive that you either loved him or hated him, and most hated him.

In his Luke 3 sermon, John makes a pivotal statement. He told them to repent. Then he states that they should not have confidence in the fact that they are from the genealogy of Abraham, e.g., “just because you are in the family of Abraham does not mean you are saved.” John preached that God can raise up children out of stones. If you’ve ever seen Israel, you would know that the whole country is filled with millions of stones. John addressed their confidence in their flesh; their lineage; their heritage.

Jesus will visit this subject on numerous occasions. Jesus said that He did not come for the healthy, but for the sick. In other words, Jesus did not come for a specific group of people, but for all that are lost and blind. While we are grateful for the knowledge of the Gospel, we also know that God will have a church. I believe that He wants us to be His church, but if not, He can raise up the most unlikely to become His children, or as John preached, Luke 3:8 “God is able of these stones to raise up children unto Abraham.”

A Pentecostal heritage is a blessing, but it won’t get you one foot through those pearly gates. A lineage of Apostolic truth is a priceless gift, but it won’t add up to much when we stand before the White Throne Judgment. Jesus is looking for Worshipers that will Worship in spirit and in truth. He’s looking for a bride that is faithful in every area of life. I believe that God can and will raise up a great people in these last days that come with no lineage or prior connection. They will be stones and they will be powerful.