Matthew and Mark both record a father’s plea whose son was possessed with a foul spirit. To no avail the disciples tried to cast out the spirit. In bewilderment, they spoke to Jesus about their lack of authority. Jesus performed the miracle and then gave instruction: Mark 9:29 This kind can come forth by nothing, but by prayer and fasting.

While the miracle is powerful in itself, I’m more gripped by what has been left out in modern versions of the Bible. Of the 5 top Bible versions, only the King James retains the word “fasting.” All the others simply say that prayer alone should be used. Even though the Greek texts uses the derivative word for fasting, nesteia, nace-ti’-ah: abstinence (from food), the modern biblical view has removed fasting from its text.

Several new articles and books depict the reasons why Christians do not fast. One even asks in its title, “Should Christians Fast?” I’m appalled. Are we really asking the question whether we should engage in this biblical and spiritual act? Has self-indulgence overtaken us insomuch that we are gluttons and cannot remove food from our presence? Could this be the reason why so many biblical translations have left out the necessity of fasting? 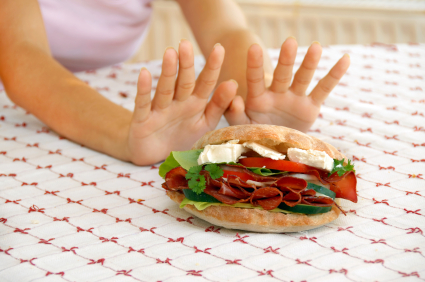 Jo Swinney wrote that “prayer, financial giving, worship, hospitality, Bible reading and service are all recognized forms of Christianity, but fasting appears to have fallen out of favor.” We have moved toward things that we are comfortable with and have abandoned things that crucify the flesh. Richard Foster states the absence of fasting comes because people believe, “…it is just too costly.” He asked, “Have we become so accustomed to ‘cheap grace’ that we instinctively shy away from more demanding calls to obedience?”

The miracle of Jesus required constraining the flesh. The disciples employed prayer, but some things required fasting also. It was prayer, plus putting the body under subjection to the Spirit that produced authority over the enemy. We are launching a fast this week, because we must take dominion over the enemy called sickness. It is imperative that we leave nothing out. It will take both prayer and fasting. Regardless of the modern day versions of the Bible, the text declares that these two things are key to overcoming certain things that cannot be undone. This kind…only by prayer and fasting.