1 Timothy 2:3 For this is good and acceptable in the sight of God our Saviour;

1 Timothy 2:4 Who will have all men to be saved, and to come unto the knowledge of the truth.

I Timothy 2:3 reveals the proper pronoun for the “Who” found in the prior verse. Simply put, God desires for all men to be saved and come to the knowledge of the truth. Jesus died so that we might live. He made the ultimate sacrifice for us to be saved. This is the nature of the Lord in that His great desire is to seek and to save that which is lost. He is tender in mercy; long-suffering in disposition; and forgiving in action. Jesus is the Savior Who will have all men to be saved. His intention is clear. The question is not whether Jesus will allow the sinner to be saved. The question is whether we will have all to be saved. God will, but will we?

I’ve lost a little apprehension in my older years so I’ll just say it with clarity: What are we willing to give up so that someone can be reached, saved, and restored? Where is our sacrifice and how can we claim to believe in the Cross and not lead people to it? It is not enough to learn about Jesus; we must teach others about Him. It is insufficient to know the truth and not share the truth.

Calvary demands a witness. Someone must teach them the words of Jesus in John 3, “You must be born again of the water and the Spirit.” Someone must disciple and cultivate a relationship with those who do not understand this great Gospel. It’s more than just inviting people to church. Reaching people means time spent and effort exerted. It means prayer and breaking through the forces of darkness until they see the light. The world is filled with layers of guilt, shame, confusion, and false concepts and we must be His witnesses. Jesus said pray for laborers, not the harvest.

I’m calling out to the Body of Christ to push away from personal pursuits. We must reach the lost with the name of Jesus. God will. Will we? 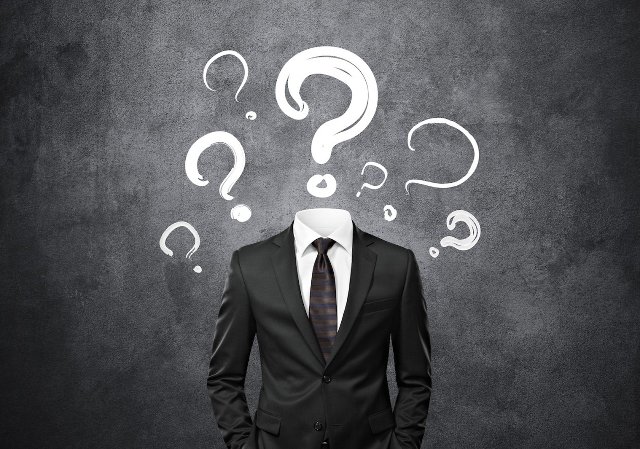 Consider the words of the Apostle Paul:

2 Tim 4:14 Alexander the coppersmith did me much evil: the Lord reward him according to his works:

2 Tim 4:15 Of whom be thou ware also; for he hath greatly withstood our words.

2 Tim 4:16 At my first answer no man stood with me, but all men forsook me: I pray God that it may not be laid to their charge.

Paul reflected on those who opposed him, which reveals his troubling times. In the prior verse he spoke of Demas, a backslidden brother. The losses of Paul’s life had mounted toward the end. Yes, there were successes and miracles, but resistance also accompanied his ministry. Paul had to deal with false brothers who sought to destroy revival and discredit his ministry. Opposition was his constant companion. Alexander was an evil man who hated Paul and sought to dismantle the message. Paul said, “The Lord will repay him for what he has done.”

I write today to say that not everyone will embrace this Apostolic Doctrine. Not all will love us. Some will even try to do us evil. Accusations will come regardless of our good intentions. There will be conflict. Jesus said: John 16:33 “In this world you will have trouble.” However, our plight must be greater than our personality. We strive to spread the Gospel of Jesus Christ in that He died; was buried in a borrowed tomb; and rose again on the third day. Offenses will attend to our mission, but they should never stop our witness. Family, friends, and co-workers might even oppose us, but the New Birth experience must be told.

If you are resisted, then you are in good company. The pharisees fought against the Lord Himself. The religious council rebuked and beat Peter and John for healing the lame man. Paul was stoned and left for dead for the sake of the Gospel. The religious sects opposed the early church in every way possible. Even members of the first church turned against one another and caused confusion. There will be hostility when the Truth is involved. We press on because what we are doing is greater than our person. To that end, I offer you this word of determination which I often place as the center of my thought:

Phil 3:14 I press toward the mark for the prize of the high calling of God in Christ Jesus.

The word “stedfast” is mentioned 11 times in the Bible. In each case, the origin of the word is congruent with the next so that each retains the same basic root meaning. The Greek word in I Cor. 15:58 is hedraios, which simply means “settled.” Hebrews speaks of stedfast as stability when it says, Heb 3:14 For we are made partakers of Christ, if we hold the beginning of our confidence stedfast unto the end.

Consider the average family in America today. They are described as bored, unsettled; seeking for entertainment and often aloof. The average person will move 11 times in their lifetime. I find the irony of the number of moves and the number of times the word “stedfast” is found in the scripture. Today, both jobs and relationships are interchangeable. Friendships reflect this unsettled state. A friend that lasts 5-7 years is a rarity, while most friendships last less than 36 months. Church affiliations, marriages, jobs, and a host of other things reflect similar movement. Doctrines are being revised even as I write. Paul wrote that the opposite of a child of God is one that is tossed to and fro, and carried about with every wind of doctrine…” James spoke about James 1:6 For he that wavereth is like a wave of the sea driven with the wind and tossed. Then added, James 1:8 A double minded man is unstable in all his ways.

To find someone who can weather the storms, stay true to the doctrine, stay planted in the church, retain a positive attitude, and respond consistently with faith is nothing less than a treasure. Paul encouraged the Corinthians: 1 Cor 15:58 Therefore, my beloved brethren, be ye stedfast, unmoveable, always abounding in the work of the Lord, forasmuch as ye know that your labour is not in vain in the Lord. He did not commend them that they had managed such a thing. Being stedfast is critical to the efforts of the Kingdom.

The cause might be complex, but I believe, one root is lost focus. We have shifted to pleasure instead of duty. Paul wrote that in the last days people would be lovers of pleasure more than lovers of God. The desires of the flesh have become the lead cause of our disjointed world and the division of the church. For this reason, we must remove the things of the world from our view and build a firm foundation in the holy things of God and in this house of Worship. I’m after a stedfast relationship with God and with you. 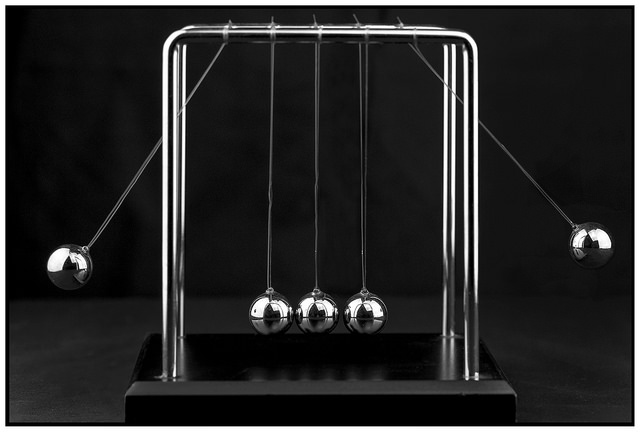 Acts 14:8 And there sat a certain man at Lystra, impotent in his feet, being a cripple from his mother’s womb, who never had walked

Acts 14:9 The same heard Paul speak: who stedfastly beholding him, and perceiving that he had faith to be healed,

Acts 14:10 Said with a loud voice, Stand upright on thy feet. And he leaped and walked.

The historical account of the Acts of the Apostles was never more powerful than Paul’s experience in Acts chapter fourteen. A lame man, born crippled, “who never had walked”, heard Paul’s sermon. Something about the preached Word enlightened the lame man’s eyes. The spoken Word sparked belief in this man, who carried a life-long issue. Acts 14:9-10 declares two keys to the healing of the lame man. Paul perceived that he had faith to be healed and Paul spoke the Word of healing, “Stand upright on thy feet.” It was the spoken Word combined with faith that resulted in the healing. The Word provoked Faith insomuch that Paul could see it emanating from the lame man. The profundity of the moment cannot be overstated.

This dual action is found throughout the scripture. The convergence of the preached Word and a response of Faith manifests itself in healing and power time and again. Paul wrote to the church at Rome and offered this exact duality: Romans 10:17 So then faith cometh by hearing, and hearing by the word of God. The Word and Faith are forever linked in the annals of time and in the scripture. What we hear leads us into the realm of faith and belief.

Consider Jesus Who is the embodied Word, the Logos, the Living Truth. Mark chapter 9 depicts the scene of a tormented son brought by a desperate father. Jesus, the Word, responded to the man whose son was afflicted: Mark 9:23 “If thou canst believe, all things are possible to him that believeth. The Word was delivered and the father responded… “Lord I believe.” There is little doubt that when we hear the Word and respond with faith, something powerful and life-changing is going to happen. Our miracle, healing, and deliverance could be waiting on the Word and our response.

The latter part of the Book of Acts depicts Paul about to be flogged for an obscure offense. The people hated his doctrine. They considered his preaching as hate speech because his was an exclusive message. Jesus and His story caused a riot to break out. The Roman guards decided to imprison Paul and scourge him over the matter, but right before they were to punish him, Paul declared his Roman citizenship. The revelation of itself made the guard nervous because the law dictated a trial for all Roman citizens. Thus the guard quickly went to his commander who in turn questioned Paul, Acts 22:27 “Tell me, are you a Roman citizen?” to which Paul replied, “Yes, I am.”

Historians think that Paul’s parents earned their citizenship when he was born. Paul probably never knew what it was like to be anything, but a citizen of Rome.

The next verse shines light on the condition of the commander who did not share Paul’s birthright privilege. Acts 22:28 And the chief captain answered, With a great sum obtained I this freedom.

Think of it, the commander had to pay to be free. He wasn’t always a Roman citizen. It didn’t come natural, but rather there was a price, and a hefty one at that. He said, “with a great sum” which indicates that freedom in those days came with a cost. It was a moment of self-reflection for this Roman commander; he knew what it took to be free. He remembered the extraordinary effort that citizenship imposed upon his life. He said that it took a great price to obtain his freedom. 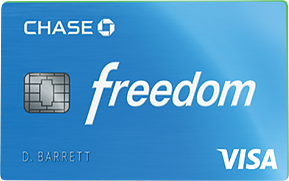 I submit that nothing has changed. Freedom costs. A nation that is free has a price attached to it. A people who are free stand on the shoulders of others who paid for their liberty. Likewise, to be free from sin came at the cost of the Cross of Calvary. Without the Cross we would all be bound by the ruler of this world. Like the Roman commander, no one was born free. David said that we all were born into sin. The apostle wrote that all have sinned and come short of God’s glory. In our day, Freedom is often used as a byword without understanding of its depth. Through the extraordinary effort of the death and suffering of Jesus Christ, we have been set free. True freedom is found in the Blood of Jesus. Real liberty is located in places where the Spirit resides. “For where the Spirit of the Lord is, there is liberty.” We are free because of His sacrifice.