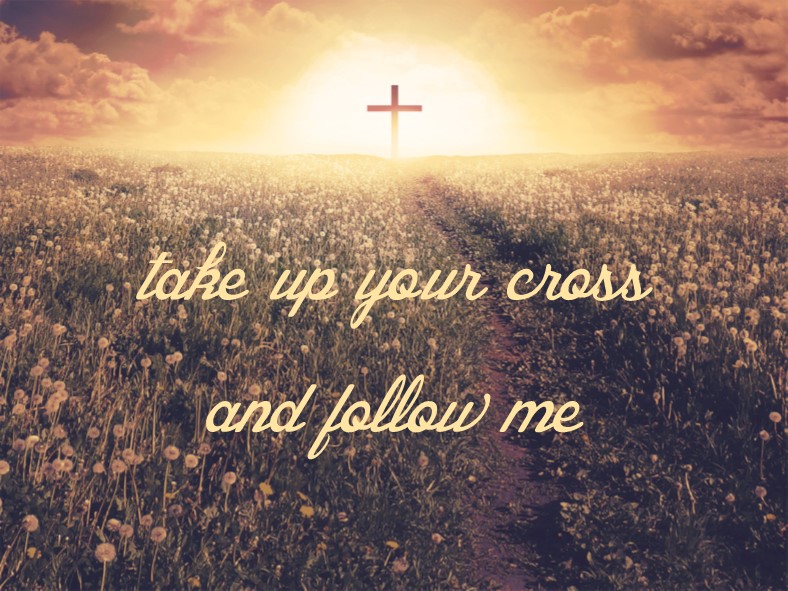 In an open display of prophecy, Jesus will tell His disciples about His impending death by the hands of the elders, chief priests, and teachers of the law.  He said that the “Son of Man must suffer many things…”  The disciples hear His words, but cannot understand their meaning.  The message is far from the victorious Messiah they hoped He would be.  Yet the next statement was more troubling than the first.  Jesus said, Luke 9:23  “If any man will come after me, let him deny himself, and take up his cross daily, and follow me.”

It was no longer just about the suffering of Christ.  Now it was about the cross each man must carry in order to follow Him.  Jesus made it clear; if you wish to follow Him, you must deny yourself and take up your own cross.

The statement repels the flesh.  To the modern Christian, it’s also very un-American.  Who wants to deny themselves anything?  We tell ourselves the opposite.  We believe in a painless journey with Jesus Christ.  Many think that the current Christian experience excludes personal suffering.  We speak of one Cross and that belonging to Jesus alone.  We rarely, if ever, talk about our cross. It seems so counterintuitive to talk about the overcoming power of Jesus and self-denial at the same time.   Cultural Christianity is not so keen at selflessness or abstaining.  We don’t want to think about carrying our own 80lbs. transom up a lonely hill.  Yet, the words of Jesus are as true today as they were among those men. To save your life here means to lose your life in the end, but to lose your life for His sake is the pathway to save it upon His return.  Jesus did bear a Cross, but He won’t bring anyone with Him who rejects their own cross.  Instead, Jesus is calling for His people to deny themselves and bear the burden of the Gospel and the message of this Holy Way.