Consider the question that God asked Cain in the opening pages of time: Gen 4:7  If thou doest well, shalt thou not be accepted? The answer was inside the question. God’s “if” came with a requirement and acceptance, blessing, and favor was the result. The Lord spoke to  the congregation in 2 Chr 7:14  If my people, which are called by my name, shall humble themselves, and pray, and seek my face, and turn from their wicked ways; then will I hear from heaven, and will forgive their sin, and will heal their land.   First came the challenge; then came the benefit.  It was both then and now; If – Then.  Always predicated on our action and obedience.

It’s upon this biblical premise that I am moved to ask these questions. What If we changed our lives so that God would release His blessing and favor? What if we became willing to do anything and everything for the Gospel’s sake?  God is willing, but He is waiting for us to “do well.”

God will have a people somewhere, in some place.  Joel prophesied that He “will pour out of His Spirit” upon all flesh.  There will be a revival of souls in the coming year and I long for it to be in this house.  I just need the church to agree with me and make a life-change.  Time, money, effort, witnessing, prayer, fasting, devotion, singleness of heart.      All of this and more.  Our homes must be for Bible studies and Small Groups. Our cars must be for transporting people to church.  Our jobs must be in order to give to the work.  Our voices must be for worship and a witness.

Who can tell if this year is not our final year?  We cannot allow lost souls to pass us by.  We must be busy about our Father’s business. So I’m calling for

laborers that will work in this field.  I’m seeking like-minded people who will Be One to Win One.  What If we all worked together in unity?

The difference between Mary and Martha was distance.  We could point to  priorities, but in the most simplistic and literal form, distance from Jesus was the issue.  Martha was busy cleaning and maintaining the house while Mary was sitting at His feet.  The critical point is this: To be removed from His voice is to be absent from His message.  Martha could not have known His teachings as she scurried about in the other room.  Her duties, though pressing and of some importance, did not constitute “the one needful thing” of the which Jesus defined as being by His side.

Logical approaches combined with daily functions give us reason to bypass that one needful thing.  Even in this season of haste, the majority of people don’t take time to regard the mystery of a God that would come as an infant.  Our minds brush past the moment and off we run to conduct our Christmas time. How could it be that while we are celebrating the birth of the Messiah, Emmanuel – God with us, we are still far from His voice?  Proximity is not the same as sitting at His feet.

Christmas might entail giving to others or moments with family, but the main point has less to do with gifts and more to do with recognizing The Gift.  The point of His birth was to be a sacrifice for the sins of mankind.  His birth was the beginning of a life destined for the Cross. Heaven paused to rejoice at the moment, but there was never any doubt as to why He came.  He came to die as the Lamb of God to take away the sins of the world.  Abraham declared it as he stood on Mount Moriah:  Gen 22:8  “And Abraham said, My son, God will provide himself a lamb…” 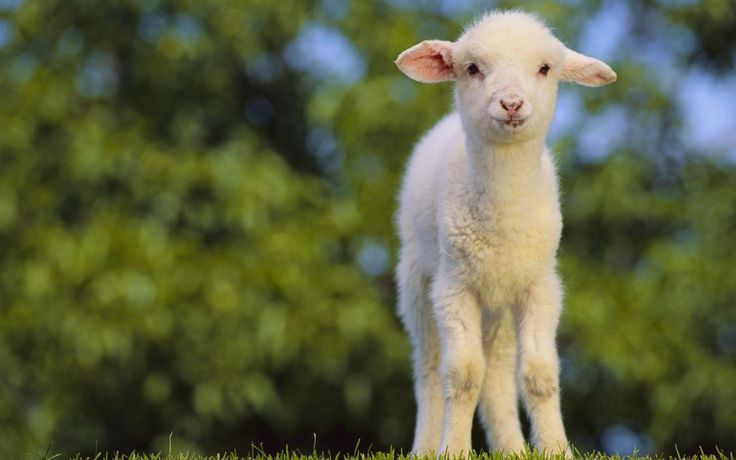 I offer these words in hope that we will not be distant from the message even in this time of celebration.  He came to a Crib in order to embrace a Cross so that He could obtain a Crown!

ADT joins a host of home protection services which have grown in the last few years. Irrespective of the value of the house, owners are concerned with invasions and break-ins.  Some blame a poor economy or drugs for the rise in robberies, but history shows that thieves have been with us from the dawn of time.  With these new digital protection devices we can safeguard ourselves from many potential dangers.  While not everyone may use an alarm system, I cannot imagine anyone wanting to be robbed.  Surely we would not leave our doors open or car windows down with valuables inside.  It would not make sense to do so. At the very least, we would protect those things which are most precious. 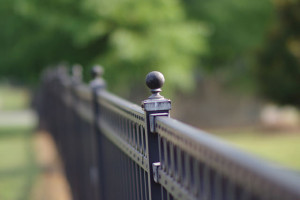 Jesus told us to guard ourselves from the pursuit of material possessions. The literal translation is putting up a fence to ward off feelings of greed or covetousness.  When juxtaposed against protecting our physical home, Luke 19 looks very similar.  However, few might consider that guarding our heart from gain is equivalent to guarding our homes from thieves.  And yet, that is exactly what Jesus was saying.  Jesus knew that the pursuit of gain and running after temporal things would steal the passion and purpose from our lives.  He knew that earthly treasures would weigh us down.  In light of this warning, we view Christmas and it’s modern influence.  The story of His birth must be told, but most people see this time as a full-press shopping season.  Malls and Amazon are vying for our discretionary dollars. Even though attics are filled with last year’s stuff, many are still racing to get more; camping out for that next great thing.  Jesus warned us of this moment. Guard your heart.  Put up protections against covetousness.  Our passion for His work will be clouded if this world consumes us.  For where our treasure is, there will our hearts be also.

John 9:6-7  When he had thus spoken, he spat on the ground, and made clay of the spittle, and he anointed the eyes of the blind man with the clay,  And said unto him, Go, wash in the pool of Siloam, …he went his way therefore, and washed, and came seeing.

If you read the account in John 9, there is no other way to describe the actions of Jesus, but to say that He put mud in a blind man’s eye.  It doesn’t sound very appropriate.  In fact, it makes no sense to our way of thinking.  There is no rational way to explain what Jesus did that day for a man who could not see.  Furthermore, I doubt that people in our day would welcome such an action by some religious figure.

If you scroll back to the Old Testament, you’ll find a similar story.  Namaan is told by the prophet to dip himself in a dirty river seven times.  Once again there is no logical explanation for such a thing especially seeing that there was no intrinsic value in either the mud or the water.  Namaan was the only sensible one among them when he said, “At least let me wash in a clean river.”

Joseph protected a child of the Holy Ghost.  It did not make sense that his wife Mary could be with child of the Spirit. Who can explain the ways of God?  Our failure is that we want the logical, acceptable way to receive our miracle.  We want God to make sense, but upon reading the scripture, the Lord often uses other means than our logic. Paul gave us the reason why: