In 1948 Jim Elliot paraphrased the 16th century preacher, Philip Henry, when he wrote;

“He is no fool who gives what he cannot keep to gain that which he cannot lose.”

Elliot was one of five missionaries killed while evangelizing in Ecuador. The people to whom he brought the message of an abundant life were also those who ended his life. Yet to Elliot and his family, the Gospel was worth the sacrifice.

David Livingstone spent most of his time preaching in Africa.  He too gave his life for the cause of Christ and died there in some nondescript place.

Bud and Nona Freeman sold every possession that they owned, and moved to South Africa to preach the Name of Jesus and the Baptism of the Holy Ghost. They moved without a single financial supporter and dug out a ministry that still exists today.  Thousands are filled with the Baptism of the Holy Ghost because of their sacrifice. Nona once said that at first they were going to keep their little house in the United States but Bud said, “We must sell it so there’s nothing to come back for.” When they left for Africa, they had carried all that they owned. 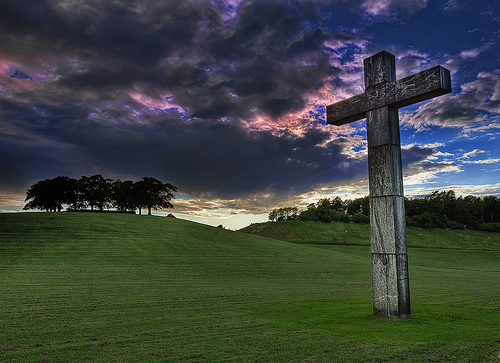 The world needs this Gospel message.  While all of us cannot travel abroad, we are sharing this New Birth Experience when we financially and prayerfully support our missionaries. The mission of the Church must reach to all parts of the world.  Jesus said that we would be witnesses “…to the uttermost part of the earth.”

I believe this:  If we will reach for the World, God will give us our City. When we sow into the Kingdom, God gives the increase.  When we pray for those we don’t know, God will give us the people that we do know. The Law of Harvest is more certain the any law of Newton.  Whatever we plant, that shall we also reap.