Moving on seems to be a collective thought.  We do love the “here and now.”  People 40 years ago were not interested in the struggle of those who wearily fought the world wars. They disregarded the former sacrifice and began fighting for a sexual revolution.
The next generation came along with a more sarcastic view and again thought it all began with them.  I could go on, but suffice to say every generation can barely grasp the sacrifice of those who came before. Blood on fields throughout the world has long since dried, but it paid for our freedom.  Sweat that dripped from the steel worker has evaporated, but their heights remain. 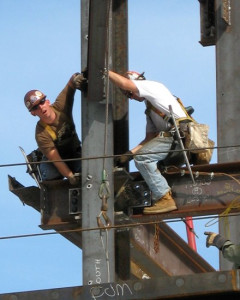 So to be right, we cannot move on.  It doesn’t begin here. In fact if we look at the Church we must go back and consider the  sacrifice of the Saints that brought us this Truth.  We are living out the blessings of their burden. Think of it: Solomon’s Temple is overlaid with gold and precious stones.  It is beyond description.  Craftsmen articulate with excellence so that not a hammer is heard when the Temple is built.  It was a perfect puzzle erected without the sound of a striking nail or a lumbering board.  Yet when it was finished everyone knew that it was generations in the making.  It did not begin when architects took pen to parchment and designed its magnificent frame.  Even Solomon, with his divinely appointed wisdom did not create it.  The Temple began in the heart of David.  He planned and saved for that day.  He bought the threshing floor and made the original sacrifice that paved the path for Solomon’s glorious Temple.

Our church is reaping the harvest of a thousand prayers from people we do not know.  We are blessed beyond measure because of the financial and spiritual sacrifice of many, and today we witness our youth full of the Holy Ghost as they stand on the foundation laid before they were born.

News Bulletin: “Christians in a post-Christian Culture.”  We saw it coming, but the speed and vehemence of the “new normal” often takes our breath away.  Many are scrambling to find a place to stand while the world morphs into a perverse pose.  Religion is being redefined – the Bible is being trashed, believers are on edge for the next big social confrontation.  We now have to ask ourselves questions: “What will it cost to speak out boldly against sin?” Are we willing to lose our jobs and public positions?”  “Will locals defame our reputation, and is it worth raising their ire?”

All of this is not new.

Jeremiah waded through the same mire in the 6th century.  Accusations of false prophecies rose against him.  He was scorned in the marketplace, mocked by other prophets, thrown into a cistern, kidnapped and dragged off to Egypt, and finally released to end his days in a demoralized Jerusalem.  All of it happened beneath the shadowed ruins of Solomon’s once-glorious temple.  The best of their sons and daughters were carried off to Babylon as despair rose.   By the waters of Babylon, there we sat down and wept, when we remembered Zion.” Ps 137:1

The real story is that what we are facing, and about to see, is not new.  Every generation has seen resistance mixed with tribulation.  The fact is that we have not seen very much opposition which has made us a little weak.  We haven’t had to fight for Truth and Holiness like those who occupied the early 1900’s or those living in the days of Nero.  We haven’t had to suffer through the Dark Ages or the blackness of sin that confronted Noah.  For all these reasons, it is vital that we remember that we are the Children of the Light and that the Holy Spirit is yet leading us even when times get tough.  So Stand.  When you’ve done everything:  Stand.

Joshua 1:8 is the only place where the word “success” is found in the Bible.   The requirement to achieve it is clearly marked:  Meditate on the Word day and night so that you may do all that is written therein.  It’s not talent or a matter of good genes.  It’s constant meditation which takes time and effort.   Knowing and understanding God’s Word demands our time and thought.

I laughed to hear how long it took for a check to clear years ago:  Two weeks! Today, the money is immediately withdrawn.  There’s no time to “float” a check.  Weeks have been replaced by seconds. Communication took time.  A letter had to be written.  It was then mailed, opened and finally read. Even thoughts or ideas had time to germinate before action was taken.  While we applaud the technology there are considerable things that are lost; mostly consideration.  Face to face conversations that came with contemplation have been replaced by Facebook, which is nothing more than a cold and indifferent replica of relationship building.  Tea or coffee now is a drive-thru at Starbucks rather than our kitchen table.  Hence, we are officially too busy to meditate.

Solomon said to sleep on a matter before making a decision.  Leaders took even more time if the matter was major, but now we are pressed to answer in sound bites. Snippet of words carry the weight of the message, which is not only a disservice to the whole, but they usually change the meaning and intent. 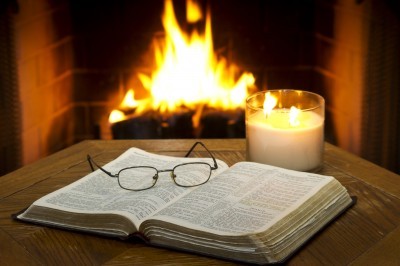 I rise to say that we must simplify our lives if only to have time to dwell on the words of Jesus. Paul wrote, 2 Tim 3:15 “…thou hast known the holy scriptures, which are able to make thee wise unto salvation through faith which is in Christ Jesus.  Our success in salvation depends on our time in the Word.  Our success in life follows the same course which is why we must give ourselves to meditate on His Word day and night.

Motivation. In a single word comes the advancement of a litany of books about the subject.  Americans are addicted to being “Motivated.”  It is the basis for conferences, conventions and in part, power drinks.  Yet with all of this, we are doing less with more.  We have more resources; more tools, more helps than at any time in history.  Even still the cross-section of polling depicts a lack of movement and initiative.  People are stagnate and empty.

This was not always the case.  One hundred years ago our country achieved more with less.  Statistics even show that with all the new innovations we are less happy and less content.  New ideas seem stifled.  Experiences are muddled in the mire of images. Even the movie industry is struggling to find the next big hit.  Blockbusters are now predictable sequels because we are “thrilled out” and cannot find something new.

The Church is a lagging indicator, but still caught in the same stream of Motivation/Inspiration.  After 2000 years of preaching, the Church is fighting for attention and space.  Speeches from pulpits are common, but the Anointing is rare. Sermons are many, but the move of the Spirit is waning. With little doubt and great lament it is clear that the prophetic Word has fallen on hard times.

Inspiration/motivation has become the Christian drug.  To be inspired is now seen as being “filled.”  Yet, Paul said that he did not come to inspire. I came not with inciting words of man’s wisdom.  But I came in the power of the demonstration of the Holy Ghost.  2 Cor. 2:4   Paul was not there to simply motivate or inspire the crowd, and though he was clearly capable of expounding with philosophy and argumentation, he knew that another presentation would not suffice.  Demonstration was the key.  It’s not a speech waiting to be reviewed by the crowd.  It’s not a talk to give goosebumps and warm the heart. Only a demonstration of the Spirit can break the chains; the anointing, breaking the yoke.  Inspiration is fleeting.  It’s a whisper away from a faint memory.  It’s a mist on the arid desert sand.  Inspiration cannot produce the Living Water that satisfies the thirsty soul.  At its core, inspiration can only produce the need for more of the same, and to be sure, Motivation, which once propelled us to act, has become it’s own answer.

Motivation benefits the “hearers only” which in turn produces a congregation of self-righteous people who admire themselves for having been inspired.  Consequently, these moments of inspiration all come with an expiration date. It’s like an addiction with high’s and lows and then high’s again.  Motivation becomes the fix.  It’s an infusion into the senses that sparks a thought, but quickly dissipates into the great unknown.

This is why we must ACT. There’s a reason why we don’t call it the Book of Motivation or the Book of Inspiration.  It’s called the Book of Acts of the Apostles.  It’s more than what they said; it is what they did.  We must be busy doing the work of the Kingdom.  Now is the time to arise and work while it is day.  We don’t need a new revelation, we need a move of the Spirit that confirms the truth we already know.  I’m praying for an outpouring that comes from the faith and movement of the people who know the Lord and who are filled with the power of the Holy Ghost.  Miracles, signs, and wonders must follow them that believe (Mark 16).

We have been commissioned to reach out our hands like Peter in Acts 3 and lift up the lame when we see them. God will do the rest if we will leave the seat of motivation and walk on the street of the supernatural. This is our season to Act and put our faith into works so that the Spirit will reach, restore, and revive the lost.

After careful review of our most recent days, there is little argument that America has made a full shift from a conservative base thought to a more liberal expression.  Themes as Equality, Social Justice, and Gender Fluidity now occupy newsprint and airwaves.  Paul wrote that perilous times would come and indeed they are here.  This is the end time when the world becomes the epitome of that darkness, i.e., the world is worldly. The world and all that is in the world is there by nature.  So I am not as concerned about the exposure of sin as I am about the silence of the Church.

Elijah asked Israel, “How long will you waver on two opinions?  If God is God then follow Him, but if Baal is god, then follow him.”  The next line says this, “And they answered him not a word.”  Silence.  No stand.  No position.  No cry or declaration of devotion.

John Kasich, Ohio governor, was asked about this new imposing law concerning homosexual marriage.  His answer was nothing less than a full indictment of the evangelical church and all Christian churches.  He said, and I paraphrase, “I was listening to the Evangelicals and they said nothing.  They did not speak out against gay marriage.  Rather, they spoke of love, forgiveness, and acceptance.”  He finished his statement by saying that he was listening and there was no outcry or support from those who are now offended by the new law.

One line crossed always leads to another and then another.  What we see as minimal or “a minor” often morphs into the infringement of the major, but of course, by that time it’s too late to turn back.  That is why we preach separation from the world in all matters; dress, apparel, media input, conversation, consumptions, etc.  That is why I lift my voice today to refute the most benign things of this world.  1 Cor. 14:8 “For if the trumpet give an uncertain sound, who shall prepare himself to the battle?”