Unity.  God looked down upon the tower of Babel and declared that because of their unity “nothing” would be withheld from them. Even though they were wicked in their actions and had set their heart against God, it was their unity that set them apart.

Joshua found it to be true as he led the armies of Israel around the walls of Jericho; everyone holding their peace. Their solidarity displayed a unified effort and God gave them the victory through it. The day of Pentecost saw about 120 people in “one place and in one accord.”  When they achieved that position, the Holy Ghost fell and they began to speak in other tongues. There is a power unlike anything else when people meet together in unity.

America itself began with a common cause.  Freedom and the desire for liberty drove them to seek for their independence from England. Christians in every age desired to worship freely, and they fought for that right together.  Yet through the years many forces have chipped away at our resolve.  Pride and personal opinions cut at the cause of unity.  Self-seekers and private ambitions do the same.  The greatest church services and moves of God that we have ever experienced came about when the congregation worshiped in one accord.  Likewise, the most fragmented times of our lives come when individualism rises above the needs of the body.

The fact remains that an overflowing revival of souls; miracles and wonders; restoration and healing reside in the realm of Unity.  Yet unity only comes about when we seek that place called submission.  We must humble ourselves and pray that God would help us find the power of unity so that His Spirit can move freely.  Then we too can say that “Nothing” will be withheld from us.

The cast of images around Meca, Islam’s most important religious site, displays thousands of men walking, kneeling, and praying.  While women are instructed in prayer and other rituals, the men of Islam lead their families in every aspect of worship as it is in accordance with their tradition and religious beliefs.

Hinduism, while searching for self-realization, follows a similar construct.  Hindu men lead in prayer, introspective study, and conversation among their children and their wives. They also feel that it is their spiritual appointment to set the example among their family members and community.  In the Hindu home, men are to be the image of their collective consciousness as they set the bar high and take the lead in all things. .

Judaism also depicts men leading in worship, study, and prayer.  From the family table to the Wailing Wall, Jewish tradition is executed by men.  Women often peer over a divided barrier to watch their husbands and sons worship, pray, and dance before the Wailing Wall.

These religions, which have dominated the world, have a familiar thread in that they are led by men which are considered to be the head of their homes.  Yet if you see nothing more than modern Americanism, you might think that men have no part, or are less-than-figures in the family and religion.  America has turned its attention away from God’s order, seeking to minimize men, or at least feminize them.  Every other religion in the world besides American Christianity is led by fathers, grandfathers, and young men.  The tragedy is that we have lost God’s ordained leadership for fear of male chauvinism or belittling women. Many are afraid to speak about a man’s role and strength because it sounds offensive to our politically correct society.  At the very least, gender equality has diluted proper positions which were established by God from the beginning of time, but make no mistake, the spirit of this age desires to distort men and mix the genders so there is no male or female role. These last days are filled with a plethora of perversions that make men useless and confuse the title of father.

The good news, however, is that when men lead there is an explosion in understanding that culminates in strong foundations.  When men become leaders the family becomes stronger.  When fathers and husbands give, worship, and work, others adopt their example.  Growth is the end result and identity finds root.  Think of this:  Statistically, if a mother attends church on a regular basis, her children will also attend 32% of the time, but if a father is a faithful attender, the children will attend 82% of the time. Men actually do make a difference. 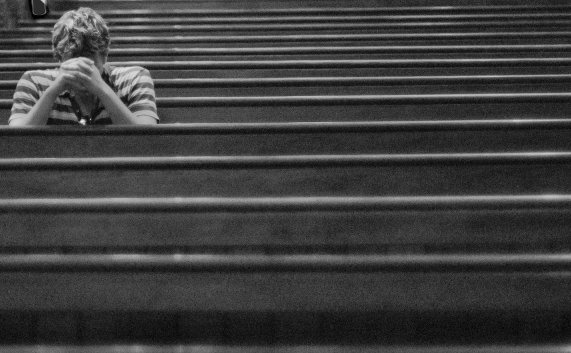 For these reasons I rise to say:  fathers, grandfathers, husbands – you must lead.   You are the strength of the Body and your voice is critical to the stability of the church and the community.  You give emotional and spiritual strength by being both present and involved.  Our future relies heavily upon your active role, and when you engage in sacrifice, you set the tone for every other person in the church.  When you kneel, you bring us all to our knees.  Whether they are your offspring or not, all the children of the church look to you for natural and spiritual direction. So let the godly men prevail in this dark world and let them be a light to this generation. We are praying for men to be Men of God and fulfill the design that the Lord has intended.

After many years in the making, David is the king of both Israel and Judah.  The land has finally been united.  All of his enemies have been laid to waste as treasure fills the coffers and horses and land are held in abundance, but David is not content. He’s distraught over the Ark of the Covenant.  The ark has been kept in tents as David rests in his palace. He turns to the prophet, Nathan, to say, “See now, I dwell in an house of cedar, but the ark of God dwelleth within curtains.”  Priorities are about to shift in Israel as David and the people stand ready to adjust their lives so that God can have a place to dwell. 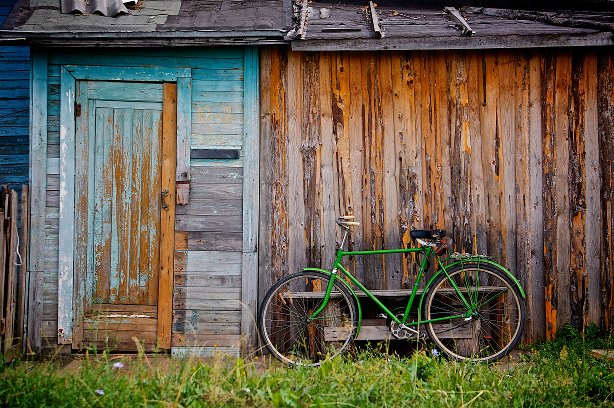 Please don’t misunderstand; God does not need a physical house to exist. The Bible says that He does not dwell in temples made with hands.  Solomon will come to recognize that no place can hold him—not even the heavens and galaxies above.  Yet David is looking at the pursuit of the human experience as it dismisses the need for God.  He sees fleshly ambition while the ark takes a backseat to Israel’s desires.

I wonder if we fit into this narrative. Our lives are filled up with places occupied by things.  Our attics are filled with stuff; homes, garages, and barns overflow with boxes, but where does God dwell? Our schedules are consumed with forgettable moments and the busyness of life, but is there room enough for the Savior? Does God have a place in our daytime activities?  Are we negotiating with Sunday worship in lieu of other events? The great concern is not that the Lord is completely missing, but that He is vying for time and space… that He is competing for our attention.  My hope is for us to return to daily Bible reading and prayer, and that we might push some “stuff” aside and find God.  Surely He should have preeminence over our houses of cedar.  We must return Him to His right place in our lives.

When the twelve leaders of Israel came back to report their findings to Moses about the land of Canaan, the vast majority held a negative report.  In spite of God’s clarified victory, ten men declared defeat.  Only Joshua and Caleb came back with positive report as they reiterated God’s spoken word. Everyone saw the same land.  Each were witness to the same enemy, issues and obstacles.  They also all saw the same reward; grapes, honey and fruit. The difference was in their vision.

Ten spies saw through eyes of doubt and the lack of human resource.  The majority ignored God’s command and provision as they peered over into the land of promise.  God was nowhere in the picture when they saw the giants roaming the land.  God was absent from their sight when they saw well-fortified cities, massive walls, and impenetrable gates.  Yet for Joshua and Caleb, everything was seen through the prism of their Invincible God.  They were looking through the lenses of the Creator and Warring King.

Think of it:  An army surrounded the city of Dothan for the express purpose of killing Elisha. His servant however, saw the enemy and it frightened him.  His sight led him to fear and peril.  2 Kings records the prayer of the prophet.  It is the prayer I pray over so many people when they see only the current issues that bind their hearts.  2 Ki 6:17  And Elisha prayed, and said, LORD, I pray thee, open his eyes, that he may see. And the LORD opened the eyes of the young man; and he saw: and, behold, the mountain was full of horses and chariots of fire round about Elisha.

Irrespective of what we see, the question remains, “What does God see?” His spoken Word has the power to transform every situation.  He is not limited by our natural eyes as there is another sight that we must see.