An old story tells of a man who awoke in the middle of a long night.  His eyes quickly adjusted to his dark surroundings as there was no light to guide him.  The night lasted for many years with no appearance of the sun.  His life was lived out in blackness until one day the clouds were peeled back, revealing the powerful sun.  Yet after so many years of living in the dark, he covered his eyes and escaped back into his home.  He did not know how to live under the sun and it took him time to adjust his eyes and indeed his life, to the new found light. John writes, “And the light shineth in darkness; and the darkness comprehended it not.” 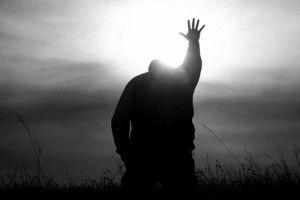 For those who are in the world, Truth – Light, is bright when it first appears. Worldly philosophies and carnal living is a darkness that imprisons the soul.  When Truth is revealed, it often comes as a shining light into the darkness. John said that the Darkness cannot understand Light.  They cannot co-exist.  Paul wrote that the Light actually reproves the darkness.  They are in constant opposition one to another now and forever.  Not only do we preach Truth – Light, but the Word says that we are to be Salt and Light to this world.  We preserve, heal, and chase back sin.  We are witnesses of His Truth, and though we believe for instant salvation, not everyone will receive it the moment they see it.  They need time to adjust to this powerful Truth in God’s Word.  Some might even reject it completely, desiring to stay bound in the darkness, but our mission is to shine the Light of the Gospel into every life.  Our purpose is to reach deep into that night that is cast onto this world and reveal the Son and all His glory.  We are commissioned to be a city set on a hill that cannot be hid.  Jesus said it, “the light must not be hidden under a bushel.”