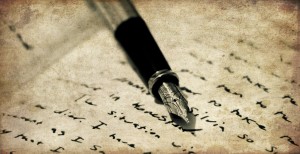 Edward Bulwer-Lytton is first credited with the words, “The pen is mightier than the sword.”   I suppose it’s true when it comes to laws and declarations.  Yet in regards to human thought and philosophy, Paul wrote a somewhat contrasting statement: 1 Cor. 2:4  “And my speech and my preaching was not with enticing words of man’s wisdom, but in demonstration of the Spirit and of power.”  Great speakers and keen insight appeal to the analytical.  Intellectual stimulation, even scriptural revelations, captures the mind of men, but the “pen” – the thought;  reasoning and wording is only as good as the demonstration which follows.

We have watched the evolution of the Motivational Pulpit and it is found wanting.  It is weak and anemic, leaving many yet bound and afflicted.  Only the demonstration of the Holy Spirit can garnish life changes and healing. Sharing what you know is humanism unless there is a witness in the Spirit. Preaching is a fuel-less car when it is done without demonstration. It’s a desolate land where people walk in and walk out the same way they came. What the world needs is a moving of the Holy Ghost and the Anointing which breaks the yoke that binds the soul.

To be sure, Paul had enticing words at his disposal.  He was a learned man with years of philosophical presentations to offer.  He could rationalize, analyze and debate with the best of his day, but he knew that it was a pointless cavity that could not fill the heart of men.  Even the teachings of Jesus were accompanied by the miraculous. The Lord could have waged a war of words, and wrangled with the intricacies of the Law, but He chose to demonstrate by laying hands on the sick.  We must pray that the same Spirit would move in this house so that lives could be made free by the power of the Holy Ghost.