Paul was a great man of Prayer.  His preaching, soul-winning, and writing is the benchmark of a million would-be apostles.  His list of accomplishments were then banished by his humility to know only Jesus and Him crucified – making him qualified to say, “Follow me as I follow Christ.”  Paul said that he prayed three times for a “thorn” to be removed from his side and God did not grant his request. His account speaks to  the great Value of Thorns. The Lord did reply to Paul however, He said, “My grace is sufficient for thee, for my strength is made perfect in your weakness.”  The removal of the ‘thorn’ would have devalued God’s grace in Paul’s life.  God’s strength requires unremoved thorns in order to be perfected.  If all prayers were answered in our desired fashion, there would be no need for our continued trust in God’s grace. 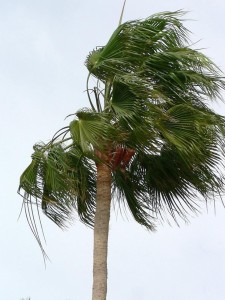 The absence of wind does not make the tree stronger.  It cripples the root system, eventually killing the tree.  Vacated resistance doesn’t produce peace; it only makes one weaker.  Sadly, I believe we have entered a religious era where the Lord is seen as the Fix-It-God or the One Who solves our problems.  Yet the fact is this:  The same God who calms the storms with the sound of His voice also calls them into existence.  The Truth is that God, both sends the trial and delivers us from it.  If we cannot see the reason behind it, then we have been swept away by the current of fleshly philosophy.  The Modern Jesus, which of course which does not exist, makes everyone happy, wealthy, and removes all struggles in life.  Yet the Real Jesus, found in the scripture, leaves thorns in place so that His grace can work its wonder and so our weakness can become His strength.  Because sometimes only the work of thorns can bring us close to His side.

How far can we push the envelope before we leave the realm of decency?  That question is probably long overdue.  In the wake of pornographic magazine covers which line the shelves of our grocery stores; music and movies that redefine sexual relationships; and the open, acceptable affairs of the famous, it seems that our society has long since forgotten the commandments of God.  The new norm, or what is culturally permissible, includes sex outside of marriage; pregnancies out of wedlock; bi and homosexual relationships; sexting; and other perverse behaviors.  Anyone outside of this norm is considered passé.

Pulpits no longer speak against such things so as not to alienate the larger majority of it’s members or attenders.  They know that everyone is connected to someone who lives in the new norms.  So the church now copes through the rationale of the lowest common denominator instead of rebuking sin, i.e, “at least we’re not as bad as someone else” or “everyone has faults.”  Coping mechanisms entail sermons which are centered on community involvement; entreating one another; and attitude attributes, all of which are good in their place.  However, the “Sin Issue” is a decay destroying this generation.  I don’t know what is the greater American drug afflicting our society:  sports or sex.  Both rely heavy on worship of the body and the temporary thrill they bring, but don’t look for that message to be preached by today’s charlatans.  Popular preachers won’t touch Paul’s list of “the works of the flesh” (Gal. 5:19-21) because it bothers the sinner and lowers their attendance.  It’s always easier to deal with intangibles that are abstract than to preach the laws of God which speak to the specifics of alcohol, perversions, family order, and so much more.

For those who erroneously think that it’s only about what’s in your heart then know this: Noah didn’t just pitch tar on the inside of the ark before the flood.  He did so on the outside as well, filling in every crack so they might survive.  I’m standing to say that real Christianity is pursing holiness inside and out.  It is striving to be like our Holy God.  How can a person claim Christ and still read or watch “50 Shades of Grey”, a heavy pornographic publication and movie?  I’m astounded that we actually have to warn the Blood-Bought to abstain from Hollywood’s debaucheries!  I can’t imagine how Holy Ghost filled people expect Eternal Life when they fill their minds with the garbage of this world.  Did we forget that nothing unclean will enter the Gates of Heaven?  His Bride will be without spot or wrinkle or any such thing, Eph. 5:27.  If I am ambiguous in any way, please let me know so that we can meet personally.  I certainly don’t want anyone to misread my intentions.  I’m looking for a spiritual church, not a superficial social club.  I’m praying for a Christ-Centered culture where the Bible trumps every human thought.  I’m not after the validation from the unholy majority who claim purity is personal and faith is subjective. This is not the time to play “church” or tip-toe around the moral degradation of our day. It’s time for a revival of godliness and decency.  I’m just one voice calling out:  He’s a Holy God.  If we desire to be saved, then we must submit ourselves to a life of holiness and godliness in this present world.  Excuses and lies won’t save us.  We must return to the Scripture which will make us “Wise unto Salvation”.